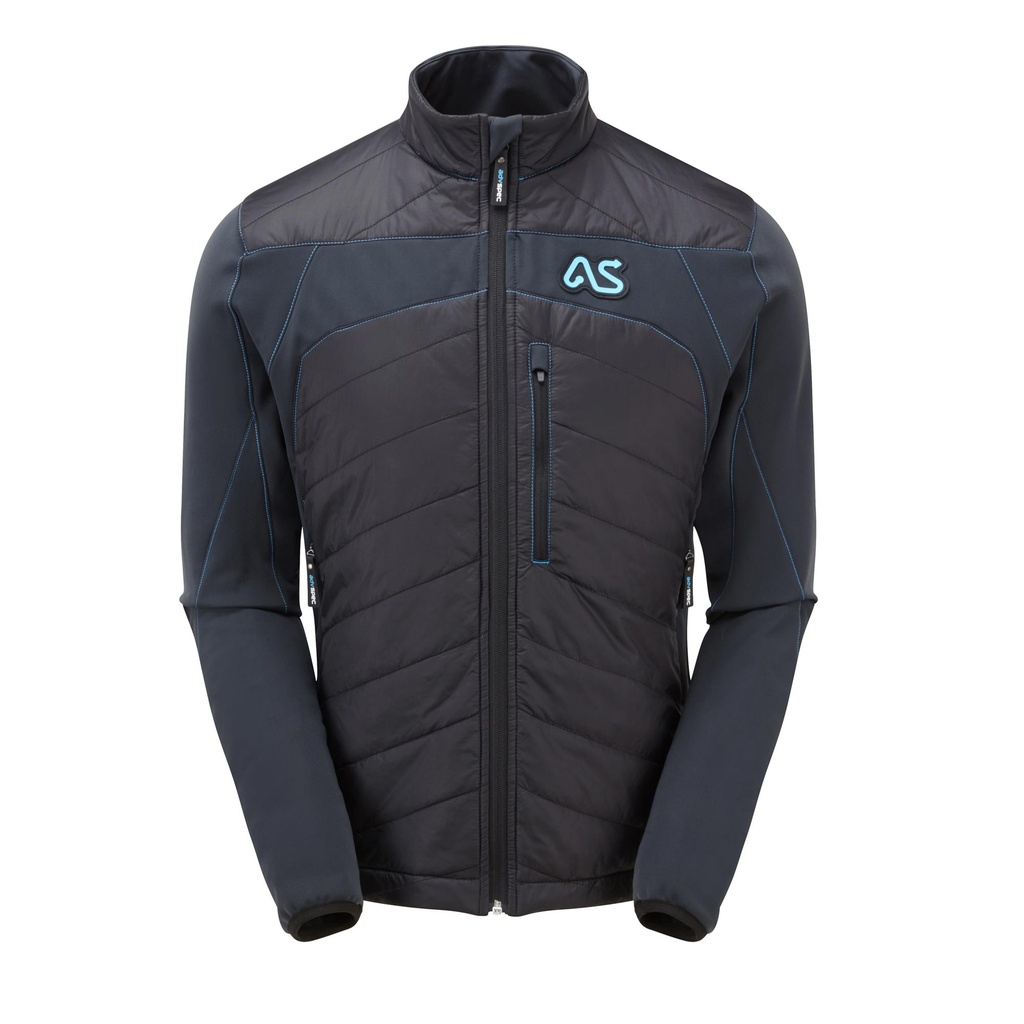 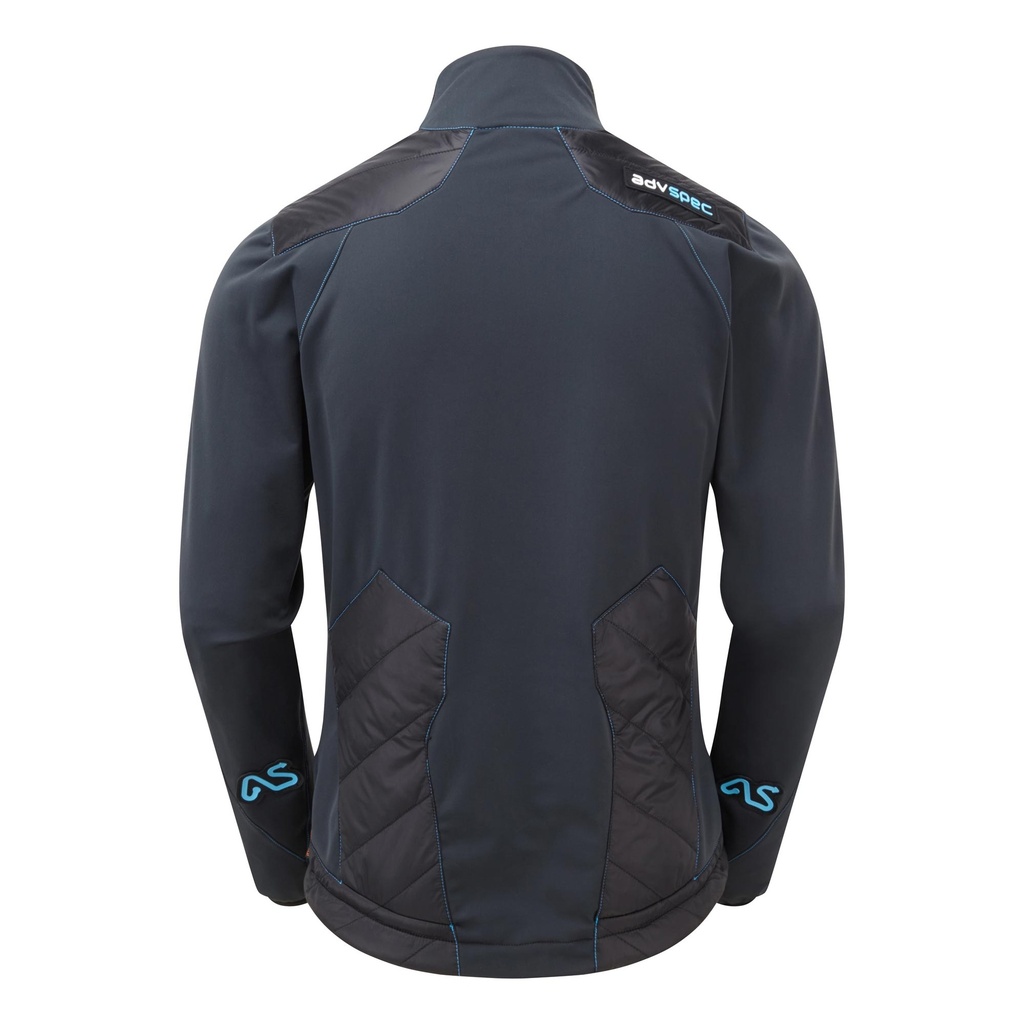 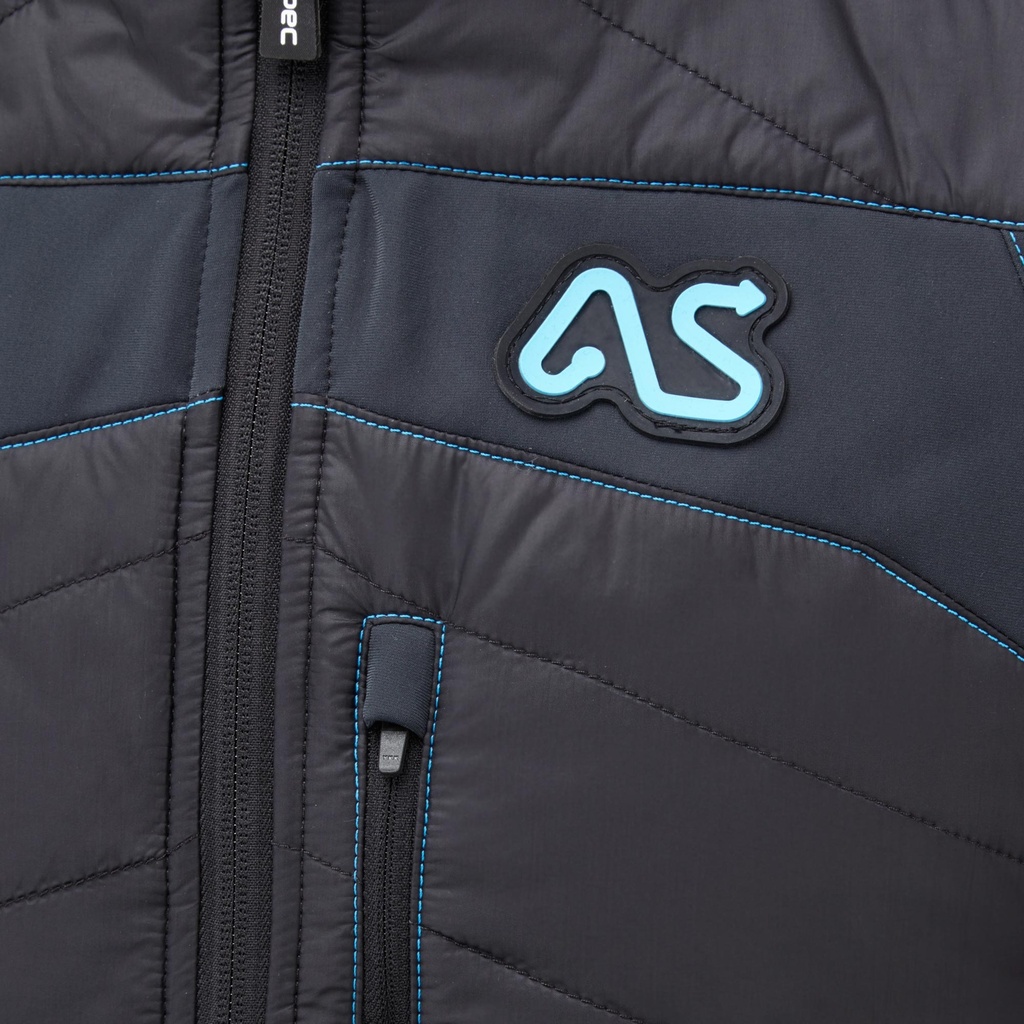 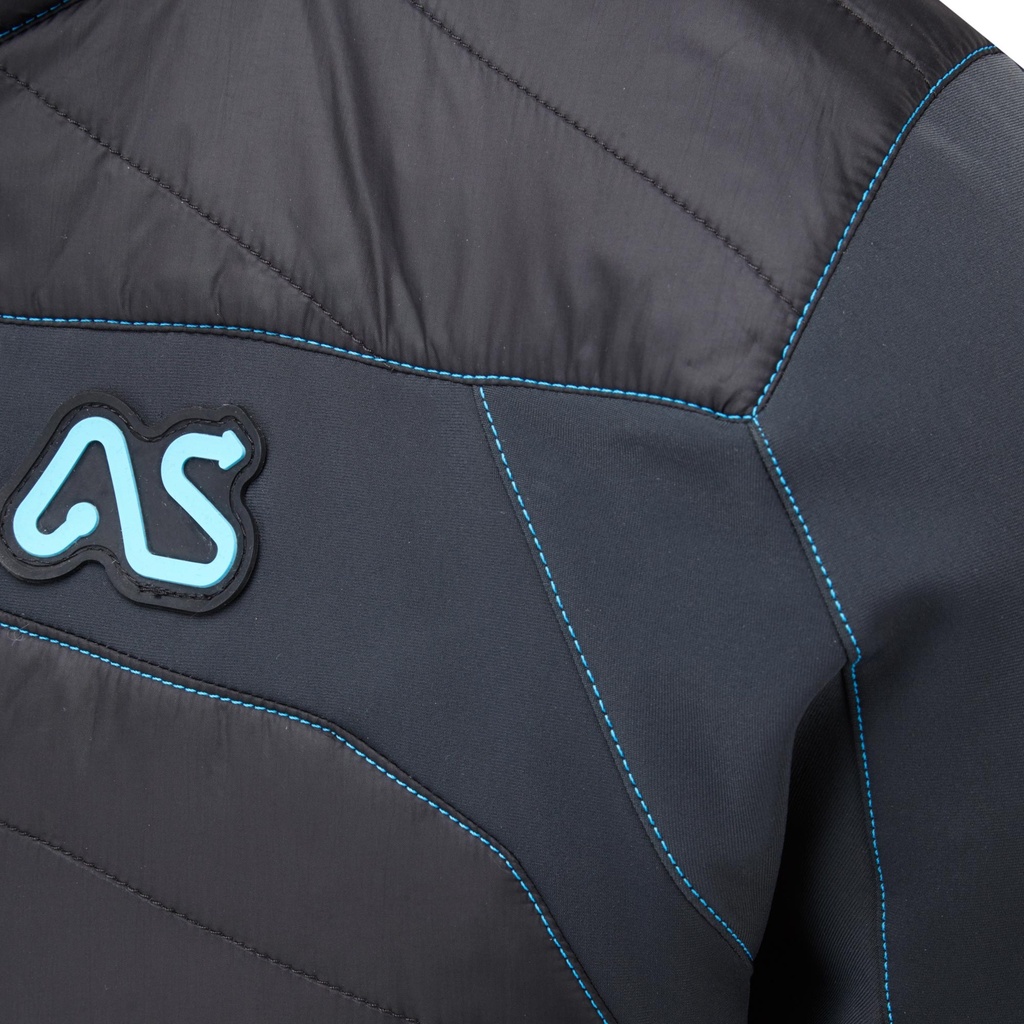 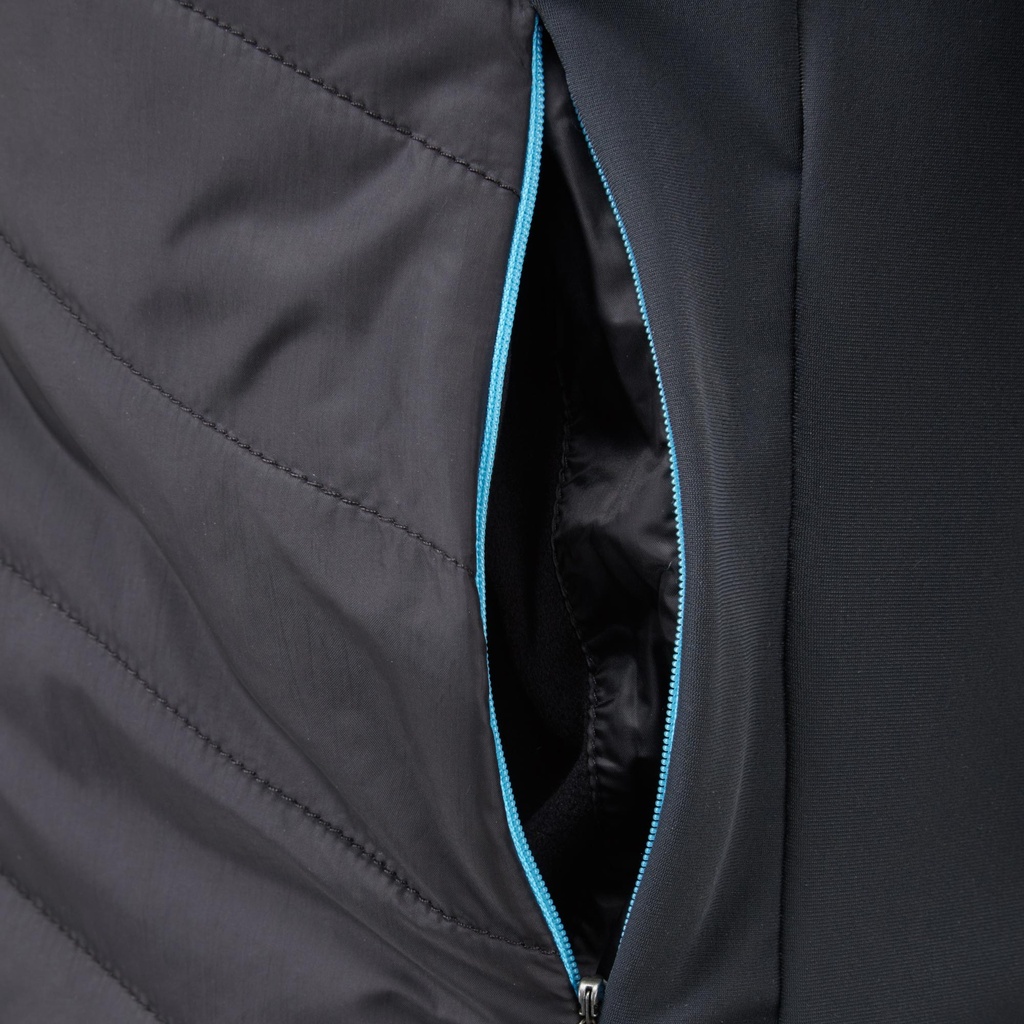 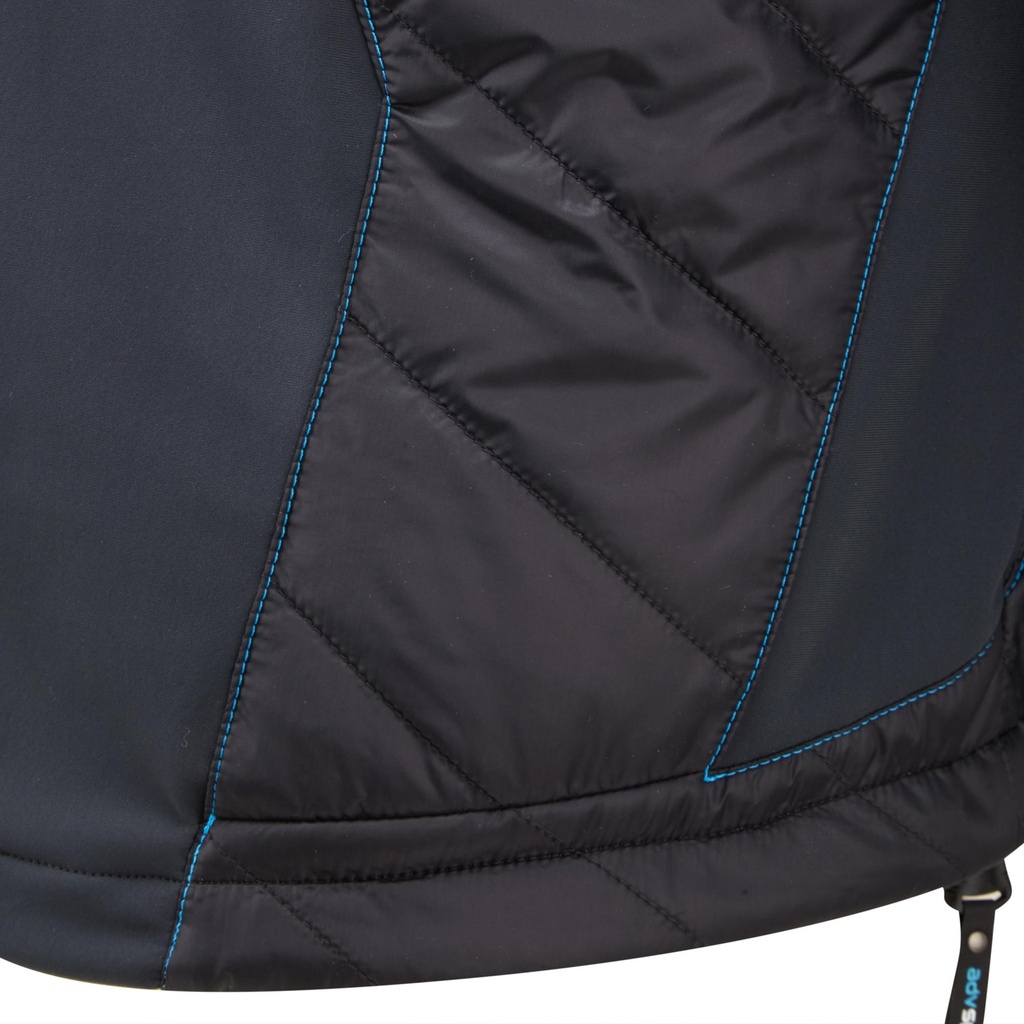 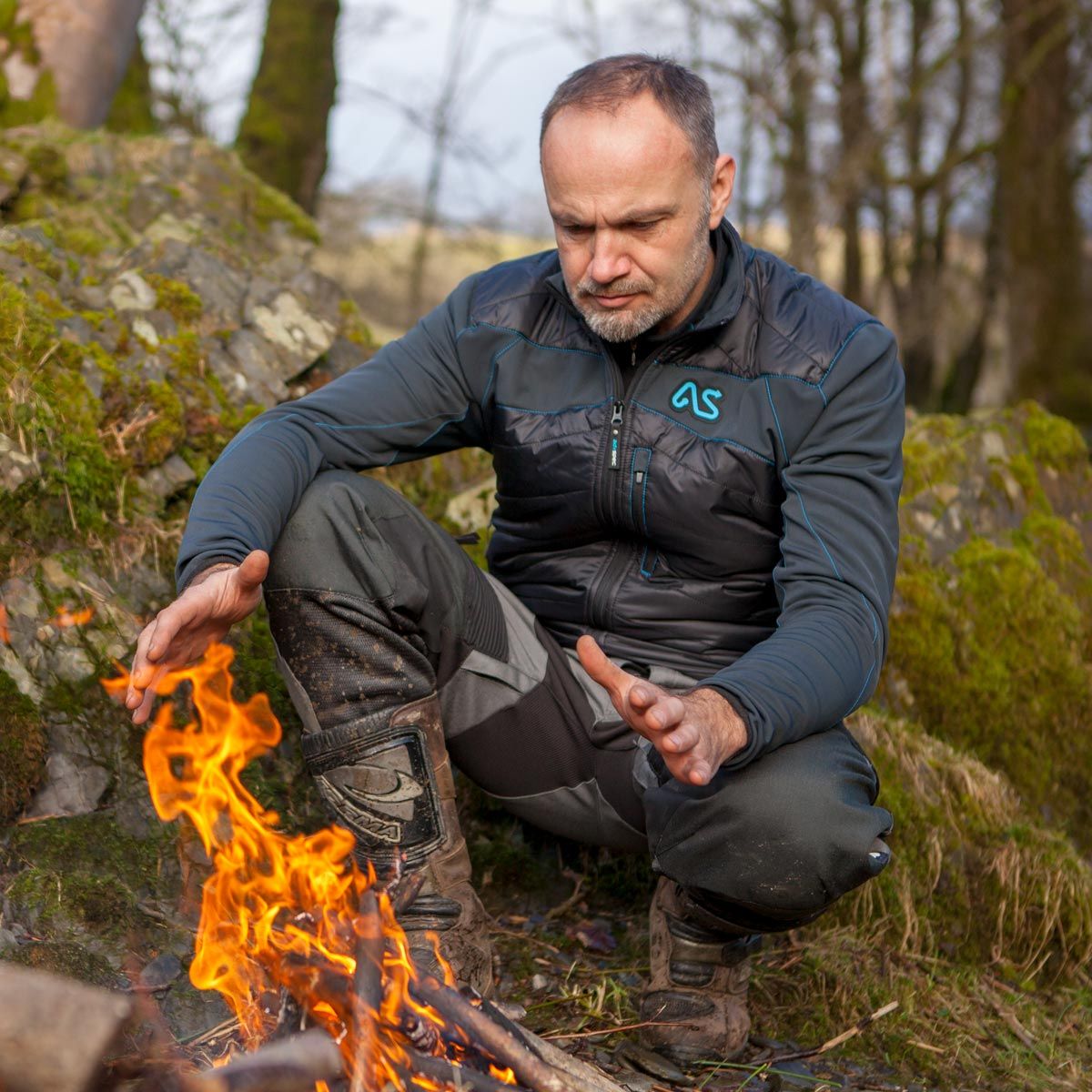 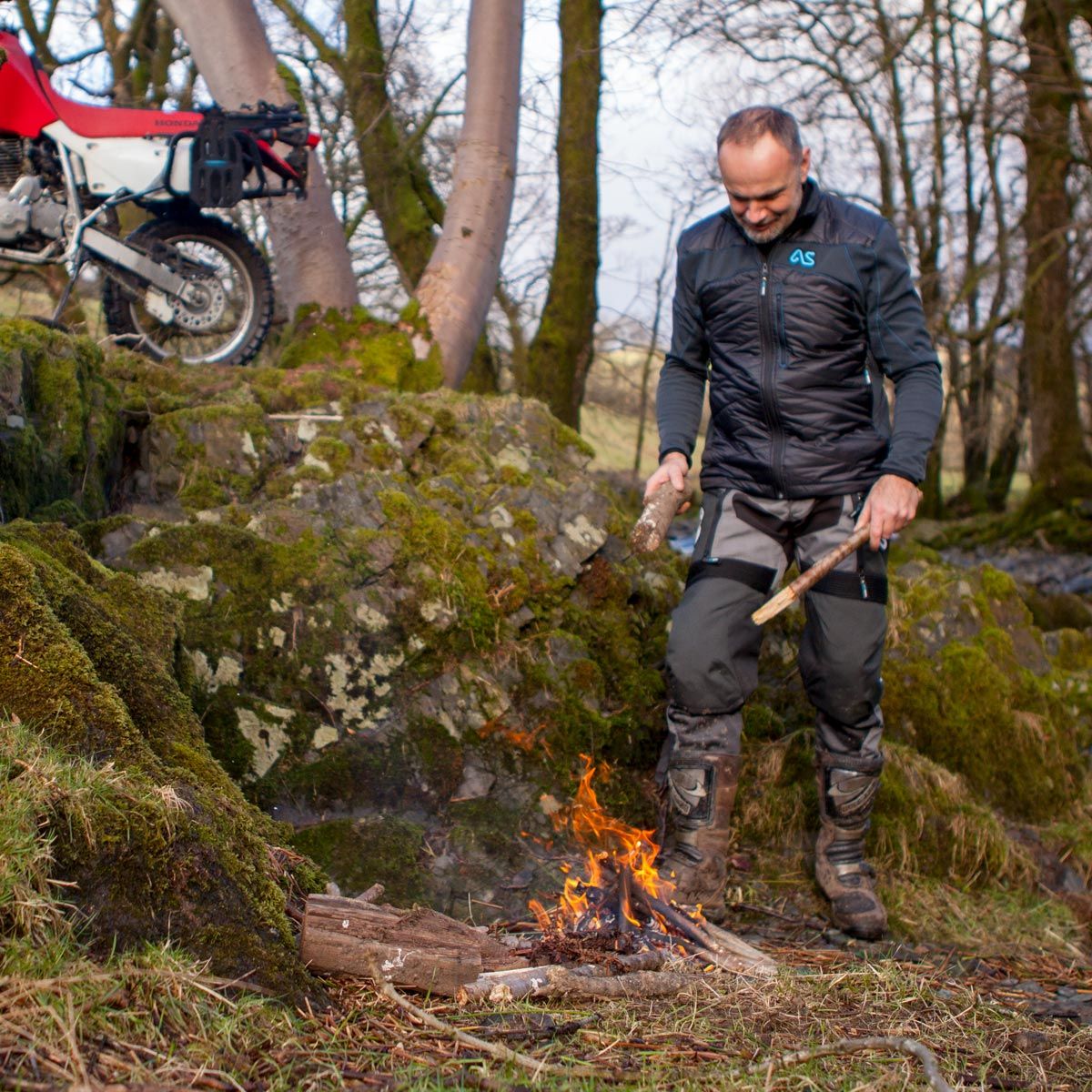 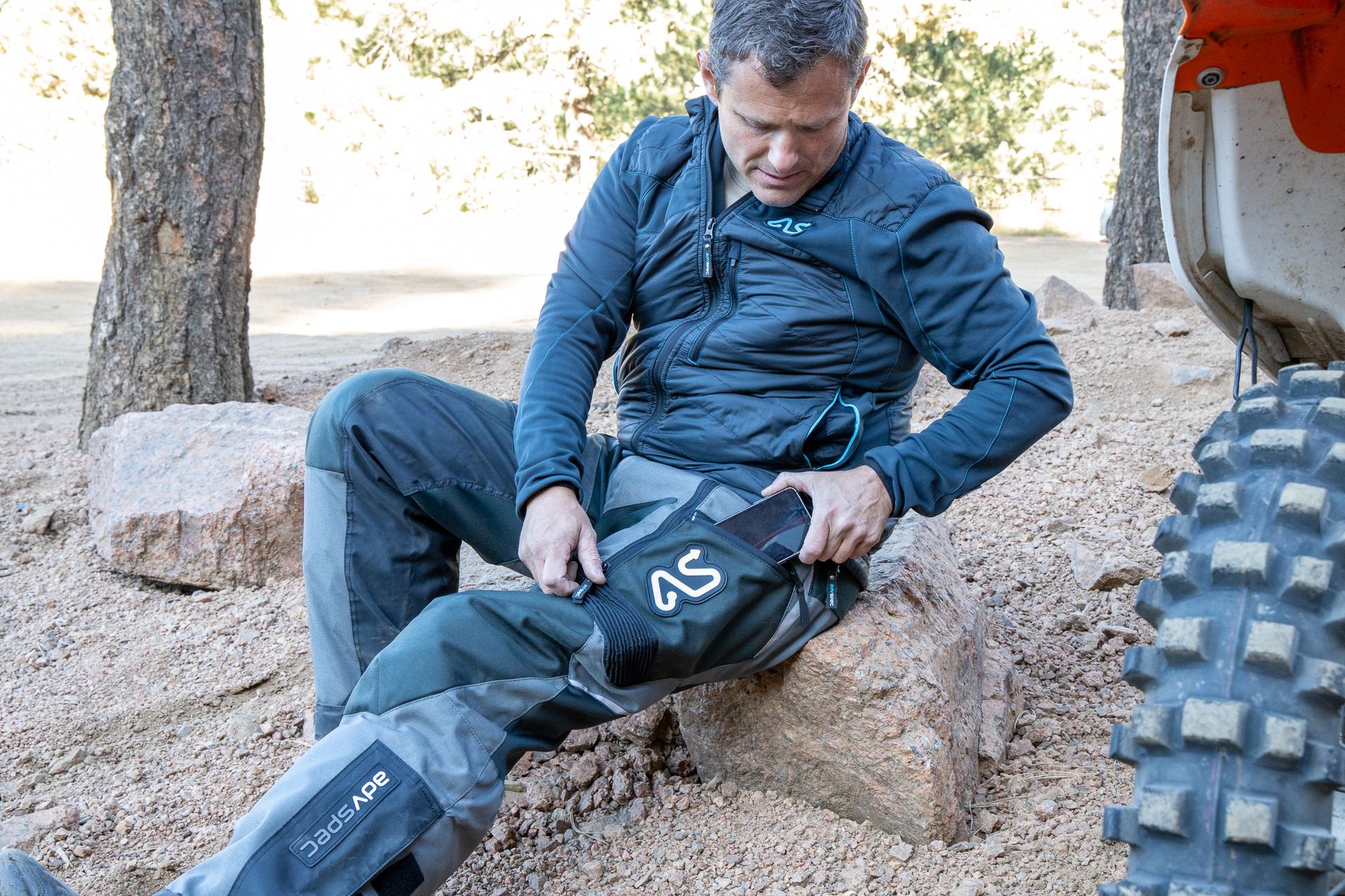 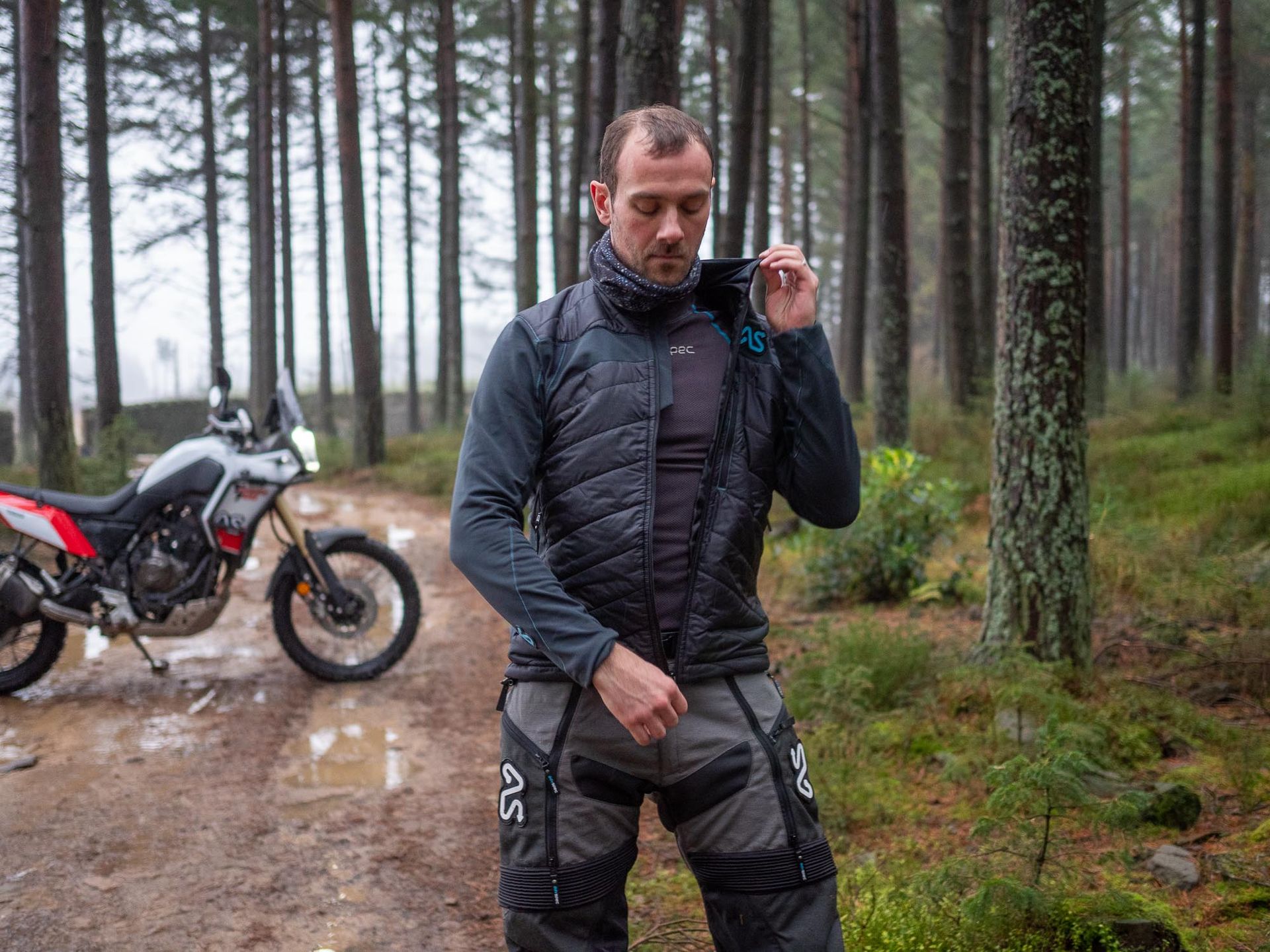 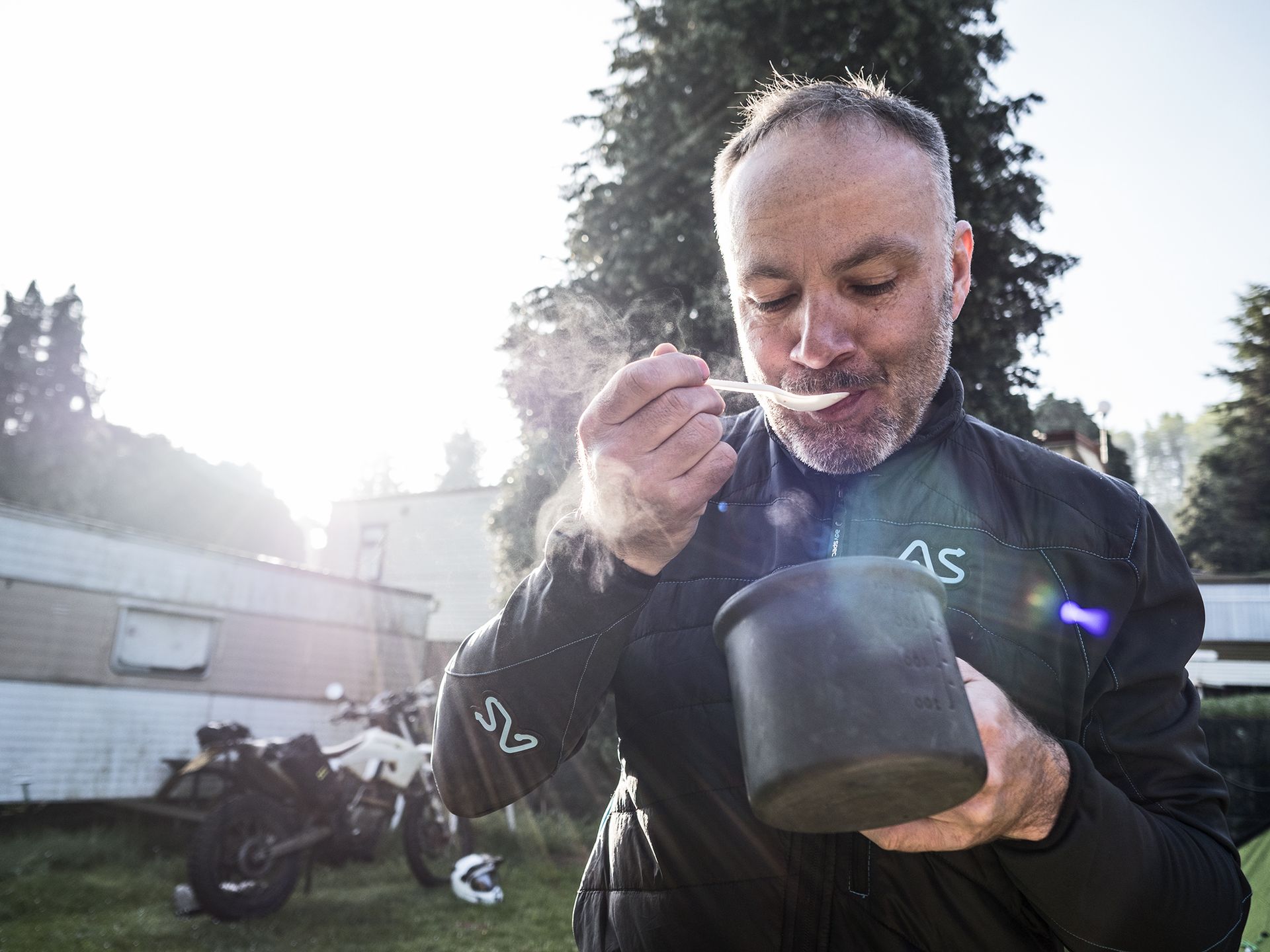 Weighing in at a mere 325g and packing down not much bigger than a can of coke don’t be fooled into thinking this isn’t a serious proposition to carry for a sole mid-layer. We named the Baltic ‘Hybrid’ after its ability to allow the rider movement like a stretch fleece, whilst insulating really well like a synthetic down.

The secret of the Hybrid is in the cut and blend of the materials. In the high heat loss areas like kidneys, neck and chest we use panels of Thermore(R),  intelligent insulation that increases its insulating capacity by upto 20% as the temperature cools, this allows the jacket to automatically regulate temperature on or off the bike making for an incredibly versatile garment.

In all other areas of the Hybrid we use a stretch fleece that also insulates, but allows the jacket to expand and contract without any restriction of movement. Ultimately, this means the same jacket fits you perfectly over or under armour, on or off the bike.

Hem drawcord with one handed release

Stretch fleece fabric to give freedom of movement and comfort

DISCOVER MORE HERE
This is a preview of the recently viewed products by the user.
Once the user has seen at least one product this snippet will be visible.