There’s a trail near Dolgellau in Wales that the locals affectionately call ‘The Motorway’. It isn’t very much like a motorway at all, and I near enough destroyed my OEM bash plate coming down it.


The 790 had just done its first service, and I was keen to get to some of the more serious trails around Wales. It was a useful shakedown, as I discovered a few things that in my opinion are worthy of upgrading on the bike. The first thing I would recommend to upgrade is the bash plate.

The 790 has 245mm of stroke, front and back, I weigh 83kg, and I was on factory settings for this ride. If you’re clambering over gnarly rock covered trails, you’ll inevitably go through most of that, as I did, and strike that engine puncturer between your wheels.

The OEM plate is 2mm aluminium; you can bend it with your little finger, and you can put a whacking great ding in it with a Welsh rock. The Adventure Spec bash plate is double the thickness, and it does not bend. I’ve now been running both for a similar period, and over similar trails. The AS plate looks like new, whereas the OEM one is very poorly: see for yourself in the pictures. 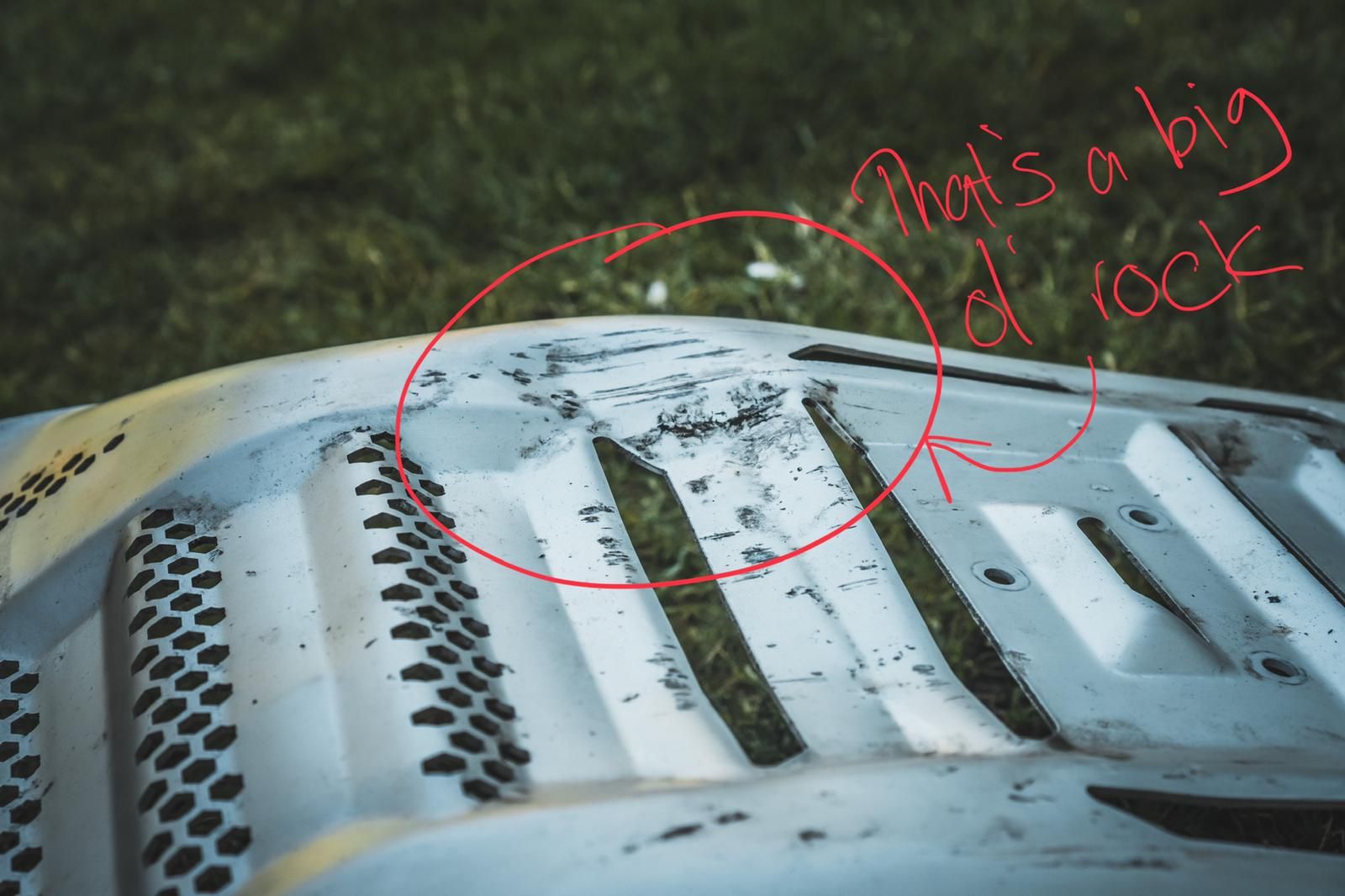 The OEM KTM 790 Bashplate after a good whack 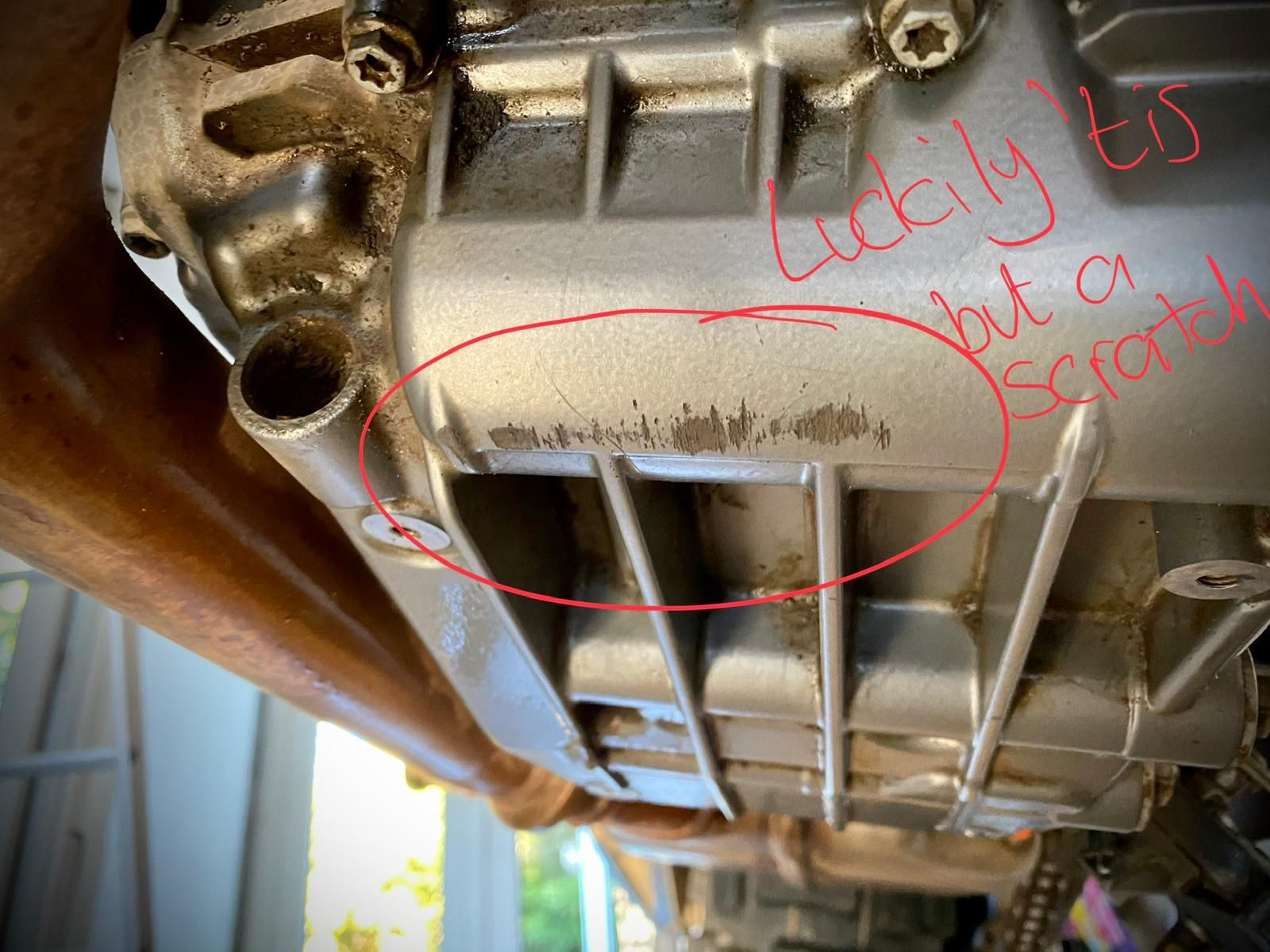 The damage to the engine casing with the OEM Bashplate 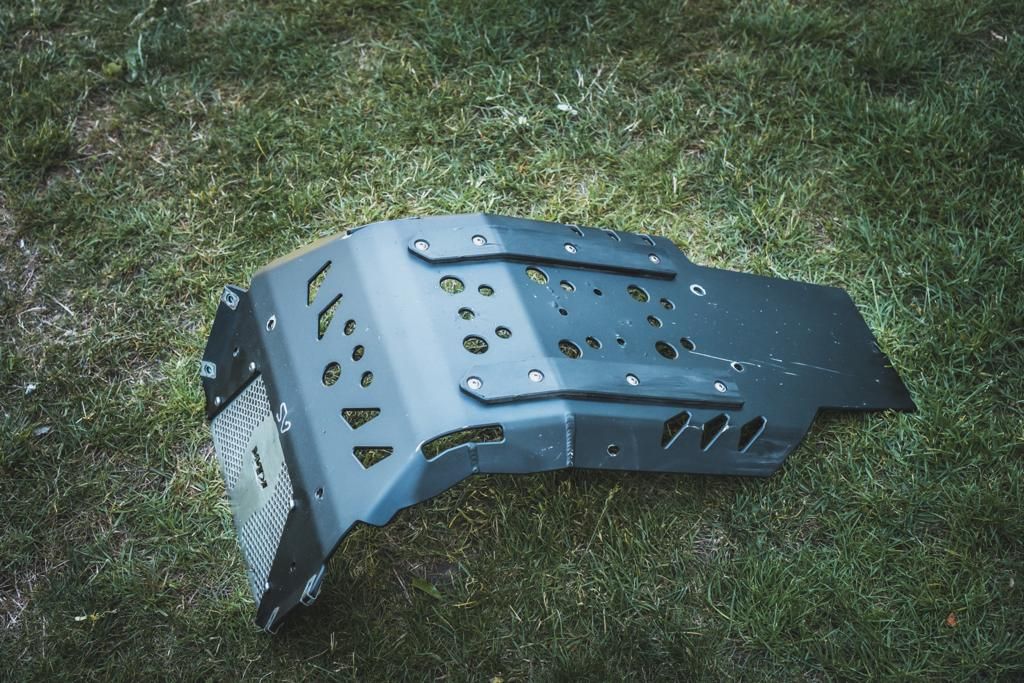 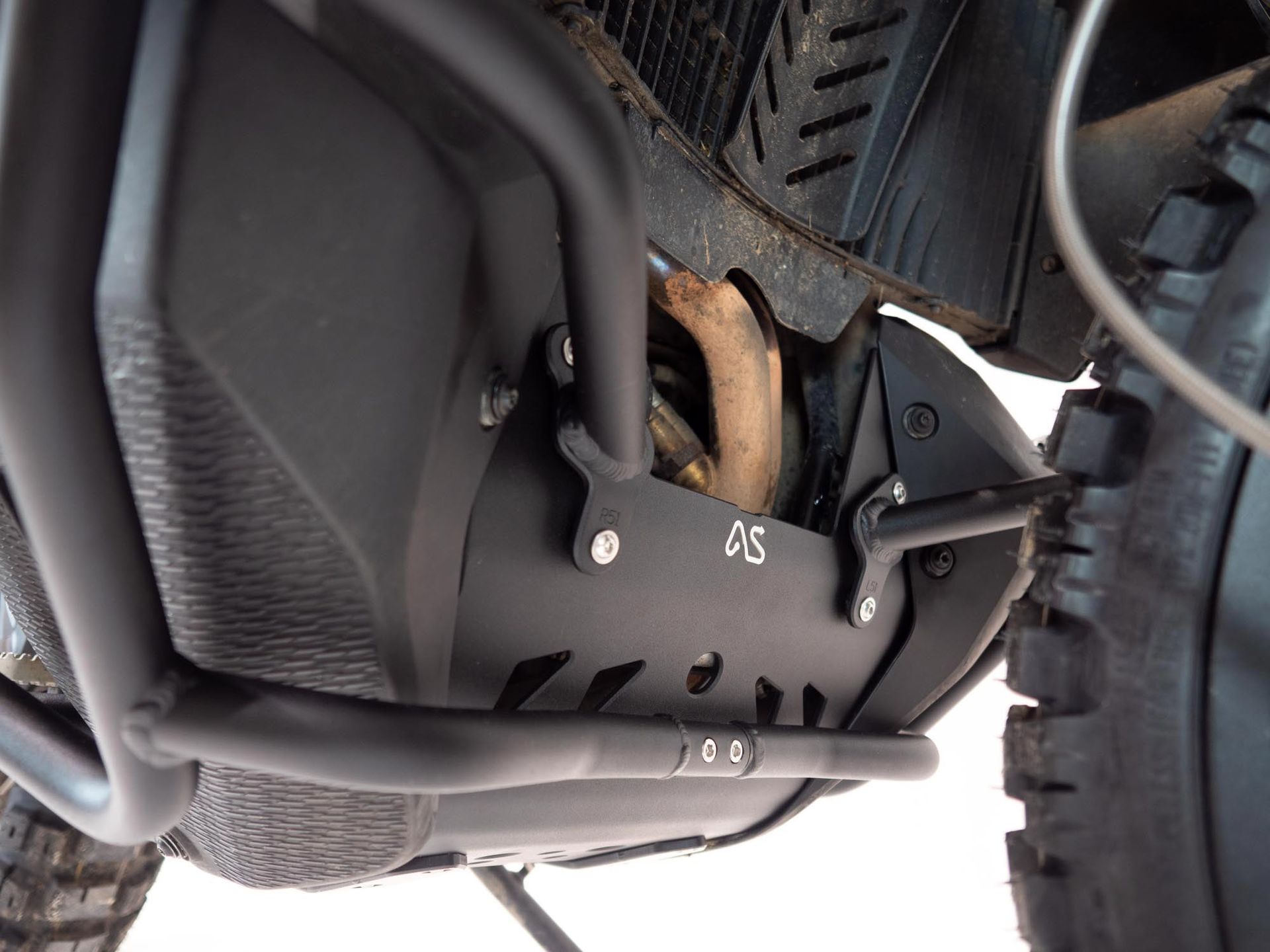 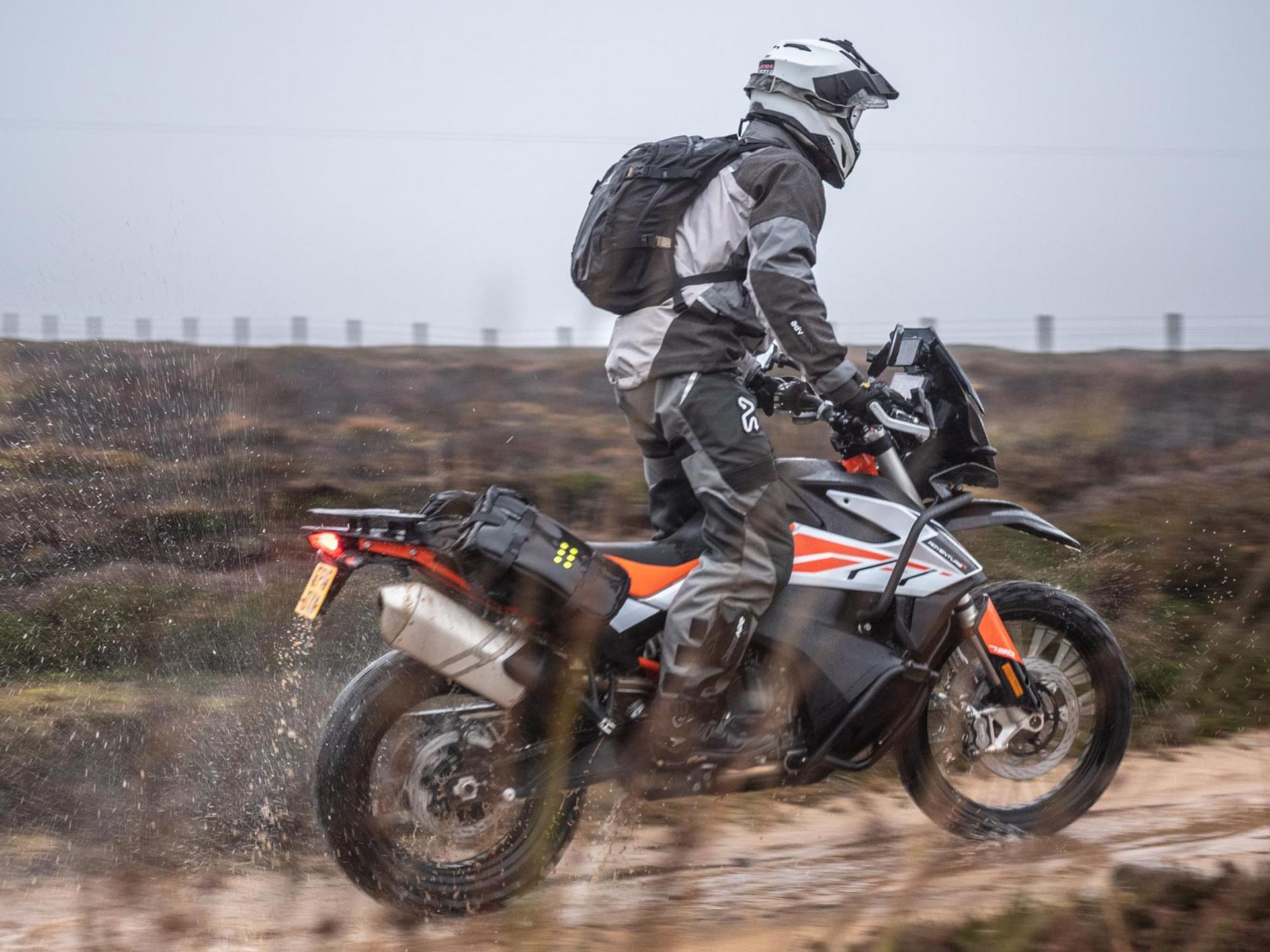 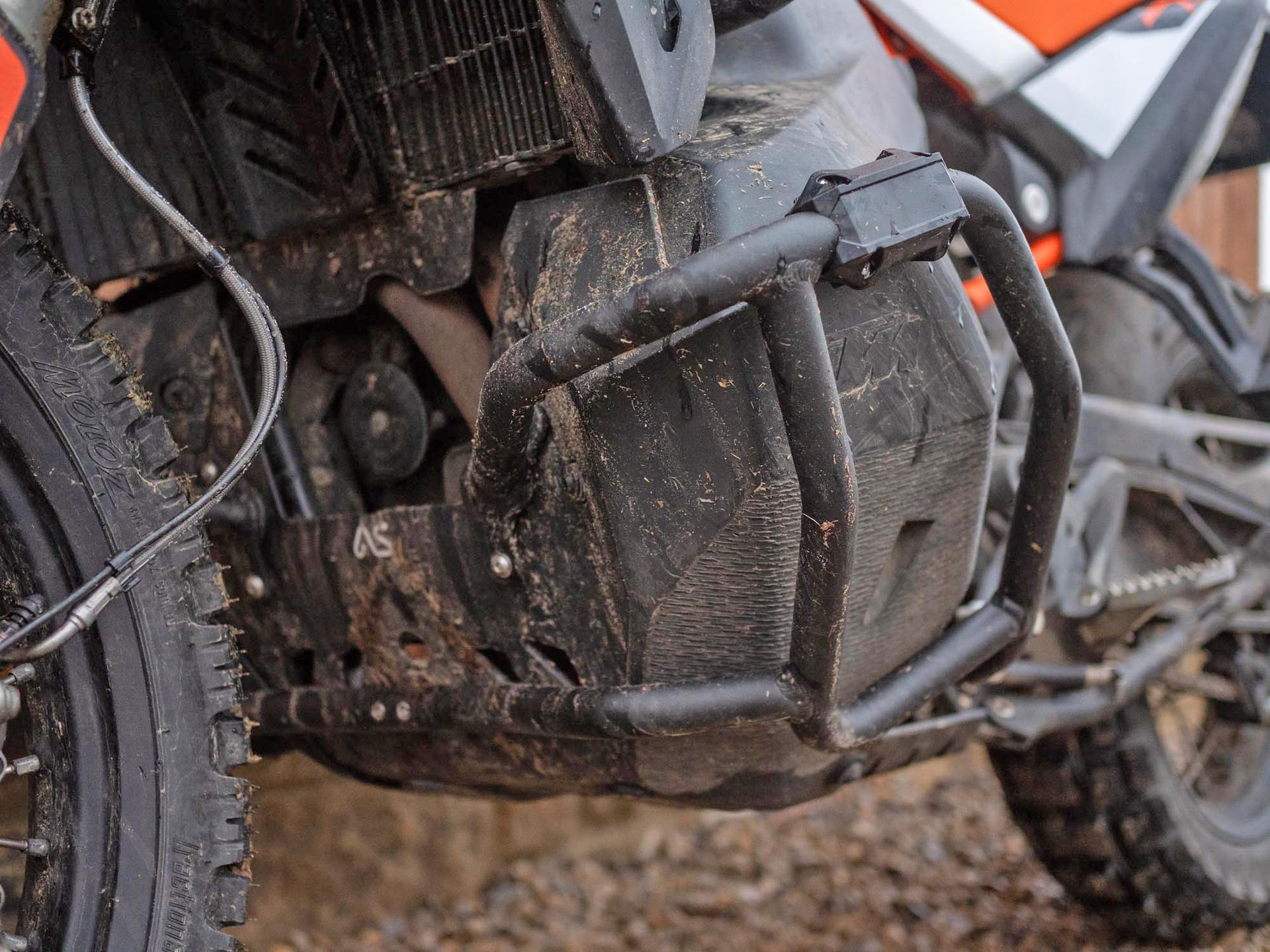 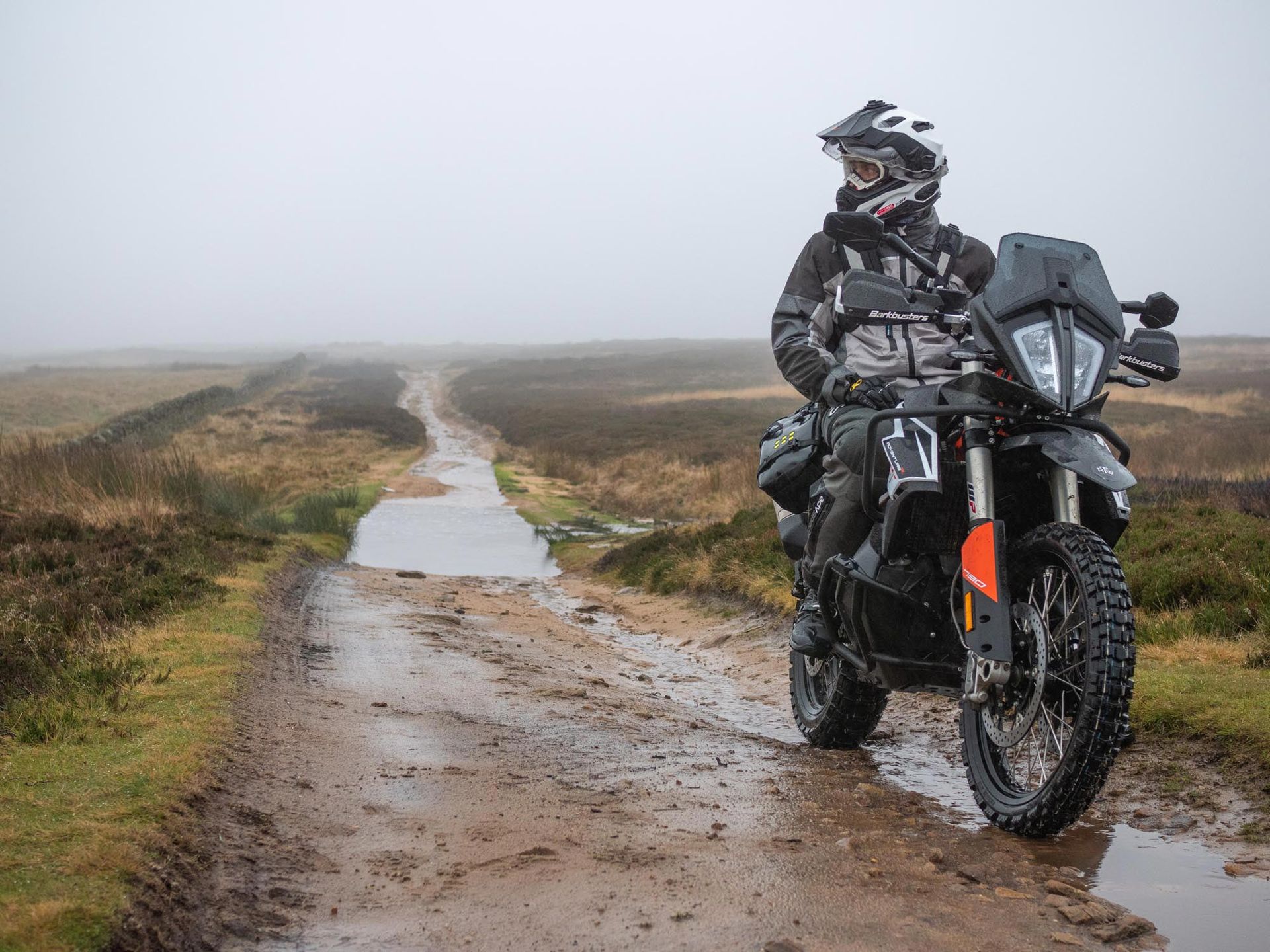 I did have some minor issues with fasteners: I rounded a couple of the screws whilst removing the plate for this write up, and I suspect most of them are a touch too long. I’ve replaced the 5mm hex heads for shorter, upgraded steel, torx screws. The plate also doesn’t come with the holes drilled for the crap flap, so I’ve made those. These are my only gripes though, and they’re minor.

I am very wary of screwing any kind of crash protection into my engine. I do not like the idea of transferring force through it. The AS plate uses all the original fixings that KTM designed, and doesn’t try to make it rigid. The rear will soak up strikes through the rubber isolators, just as the OEM one does. It also means you can follow the manual, or drop the bike off to your dealer when it’s time to work on it, since nothing’s changed.

To sum up: I really think this bash plate is an essential upgrade for the bike. If you were to only make one change, it should be this.

Once you’ve made your upgrades, you’re ready to go down the motorway (or up it if you happen to be Chris Birch). 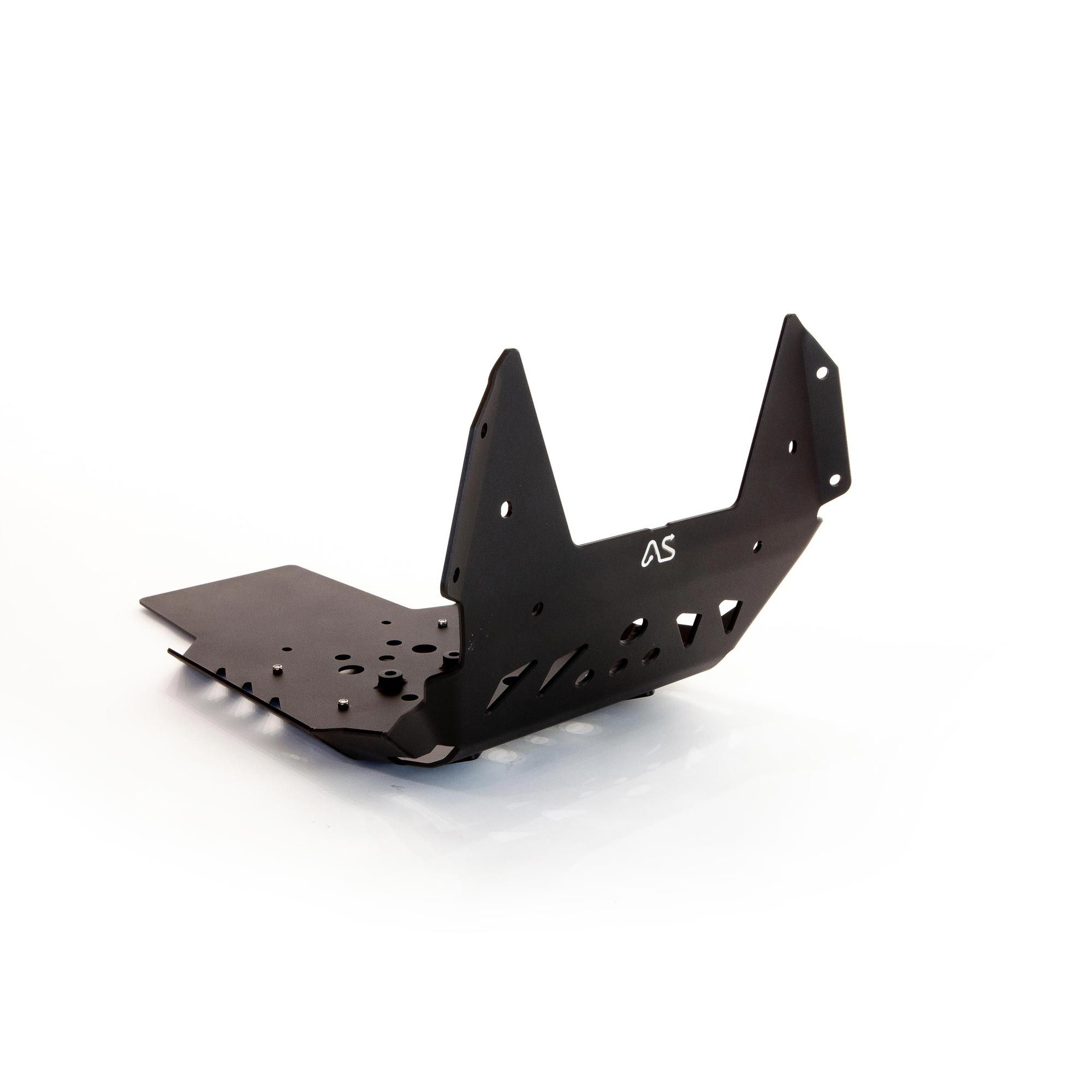 The Adventure Spec KTM 790 skid/bash plate provides upgraded protection to your engine and exhaust system. It is made from tough 5000 series aluminium and weighs 2.5kg. Plastic skid rails help it slide over trail debris. Available in a variety of colours.