Since I got my KTM 400 EXC from new 13 years ago, and after the OEM Pirelli’s wore down after about 10 minutes, I have been using a combination of the widely recommended Michelin Comp IV on the front and AC10 on the rear. These tyres are good for about 500 miles on the rear and 1000 miles on the front, if like me you like to get your money’s worth! This combination works well for grip and for taming a wayward front end in nearly all conditions. Having said that, a rider of my standard would probably struggle to spot the difference between any decent set of tyres. 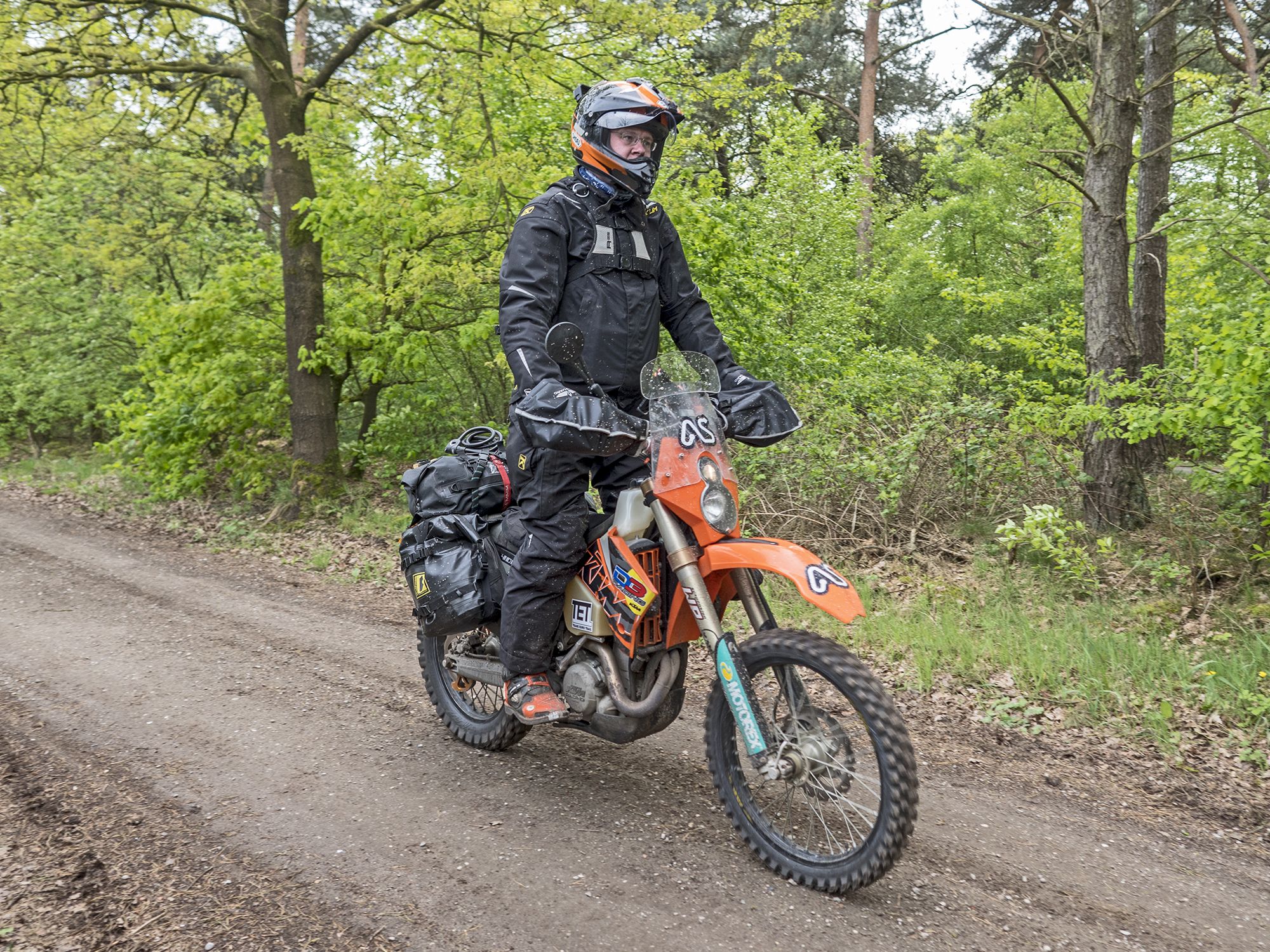 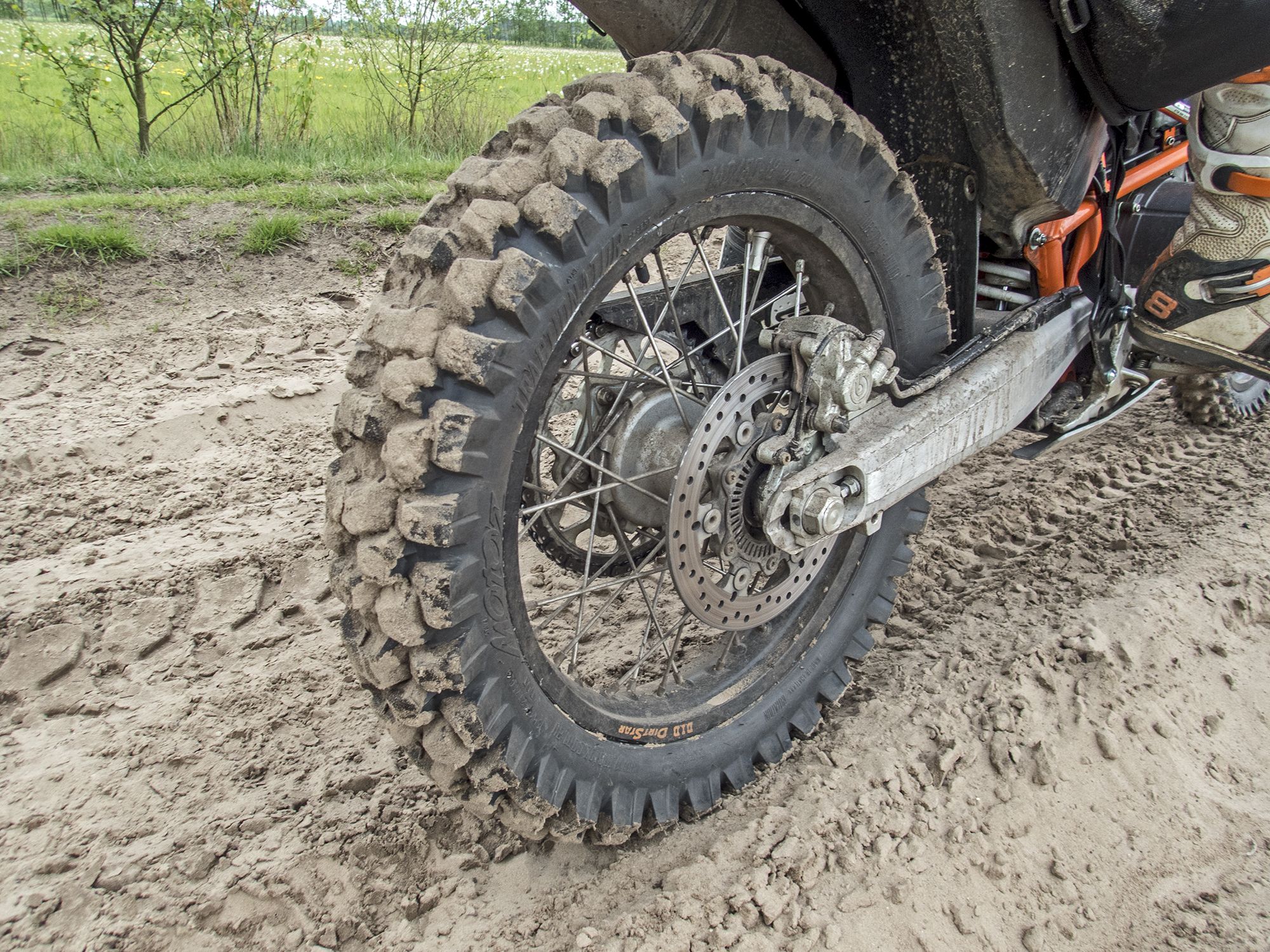 One of my main criteria’s for trying the Motoz tyres was the promise of a very long life. To be honest, that was a deciding factor for me. We had a TET route in mind that could have been as many as 2200 miles. I didn’t fancy changing the rear tyre 4 times. Nor did I fancy spending £300 on tyres! I spoke to the guys at Adventure-Spec and this was the tyre set-up they recommended.

The first thing I noticed about the tyres was the rounded profile of both front and rear tyre. This means that the tyres work really well on the twisties. I have never felt so confident on tarmac bends, lots of cornering confidence that I have never felt before on other enduro specific tyres. For a long-lasting tyre there seems to be plenty of road grip.


One of the other things I really like was the ability of the tyres to roll out of ruts. I hate ruts, and fortunately we don’t have many of them where I normally trail ride, but there are plenty of ruts on the Dutch and Belgian TET. There were a few occasions when I wobbled out of small ruts, panicked and expected to hit the deck, but kept on a rollin’.

The tyres worked really well on all of the surfaces we came across. Everything from sand to muddy forest single-track. The only surface I haven’t used them on is a rocky ascent. But the clincher for me must be longevity. I have done approximately 1400 miles on this set. I anticipate I will get at least two times that out of the remaining rubber. 4500 miles out of a set of enduro tyres that do everything a trail rider needs, sign me up. I can honestly say I will be running this combination of tyres for the foreseeable future.

The Motoz Tractionator® Desert H/T is a surprisingly versatile, super-tough, long-lasting tyre that has found favour with hardcore racers and trail/adventure riders alike. 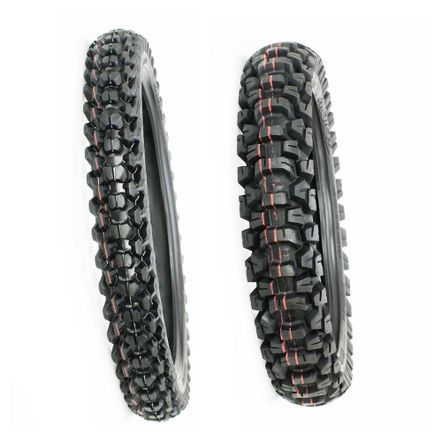