In autumn I was reccing potentially new TET routes in Kosovo with my great buddies. We had such a blast and enjoyed every bit of it. On this trip we learned about how much the TET project can give to the traveller and also to the communities we travel through.

Everyone can benefit in a good way, but it really depends on the riders attitude and mindset.

The TET is not about riders and their bikes, but rather about the people we meet, the land and the communities we travel through.

It could be said that when one understands this, he has already came far even if he has barely started his TET trip.

Having a close call with a rock that broke the rear brake lever became, for us, a great opportunity to meet and become friends with local people.

As my dear friend and fellow TET rider Matt James explained of the situation, “The rock changed the original design of my rear brake pedal up in the mountain”. So we were in need of local mechanic in our next village to fix, what seemed to be an impossible to fix.

You would be amazed by the capability of people in these workshops! Marko, the owner of this workshop more than deserved some extra euros for the quick and professional repair of the lever.

It’s common in most Balkan countries that they don’t just replace parts. They can repair everything no matter how challenging it is. History and limited resources have taught them to live with what they have and be resourceful with that.

We were talking with various people on this trip about the TET project and came to realise that the TET can be a great opportunity for local communities.

Every traveller is potentially an opportunity for a community to grow and develop. Everyone who understood how the TET project works was thankful for laying down tracks through their rural environment and pinpointing their local businesses. It was quite an important recognition and locals are thankful and are looking forward to new travellers visiting their community.

One day we reached the remote area of Cursed Mountains on the triple border of Albania, Montenegro and Kosovo. We managed to climb through rocky terrain that took us hours until we came to the top of a mountain pass.

An old local man slowly came across by foot. We greeted each other with great respect. The old man carried a bag of blueberries that he just picked from the mountain meadows. A minute later we were sitting together and talking a bit in Serbian language. He explained about how tough life in these areas was and we ended up exchanging his blueberries for our cigarettes.

Exchange of goods is still alive here. Spending local in its purest form.

There was one delicate mountain pass we wanted to ride through. It seemed like a dead end, but we wanted to find a way across the mountain to connect to with multiple other mountain routes.

We discovered that there are no tourists in this area and a local family we met explained they have never seen adventurers on motorbikes around here.

We spent a nice time together and shared stories with each other. The kids were amazing and so happy to take pictures with us and the bikes.

The owner of this highland farm helped us greatly with the route suggestions and his wife even served us coffee and rahat lokum sweet cubes. We had a nice time together sitting around on the meadow and sun was nicely warming us up while enjoying their hospitality.

Before we left, we distributed few small led torches amongst the kids. They are handy to have, they make kids happy and it’s a nice way to say thank you for all the generosity we received. The youngest boy was so happy about the gift, he decided to give me the warmest hug. It felt nice and reminded me of my son back home since he is about the same age.

I must confess I was not always aware of the importance of responsible riding.

After becoming involved in the Trans Euro Trail I was enlightened of many things, especially the idea of the TET Code of Conduct. I was asked to translate the CoC into my language for the website and it now seems that those short simple guidelines have burned themselves into my mind and I am now much more aware about the idea of respect for the trails, the people and the environment I travel through.

It seems as though responsible riding is catching on. I have noticed that there has been great improvement inside our local community of TET riders.

Riders are being positively affected by the idea of responsible trail riding that the TET project is promoting.

The beauty is that anyone can be an ambassador of responsible riding.

Change might not happen overnight, but by planting a seed we are ensuring that change will come with time. 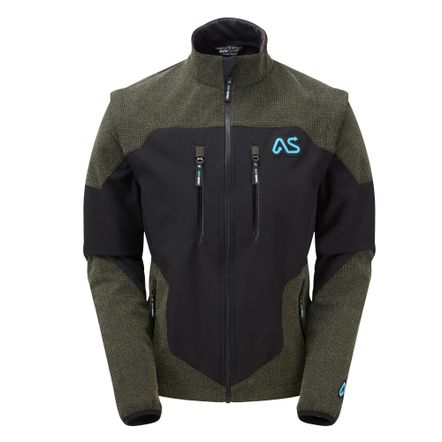