A Dakar Rally bike can cost anything from £30,000 upwards. An Adventure Spec Challenge bike can cost... well whatever's in your garage really, as long as it's a mid to heavy weight adventure bike.

This roadbook event is a great way for us mere mortals to have a taste at Dakar style navigation and gravel riding here in the UK. Hosted by RallyMoto it takes place in some of the most remote bits of England and Wales. Now, nothing is that remote in the UK, but once you are in the middle of Kielder Forest in Northumberland you really do get a sense of being in the wild.


In theory you can ride your brand new BMW GS out of the showroom and to the start line, and I'm pretty sure some riders did do this last year. But it doesn't hurt to give yourself and bike a little bit of preparation to get the most out of the event. Here's a quick lowdown of what we have used for our Adventure Spec Challenge. 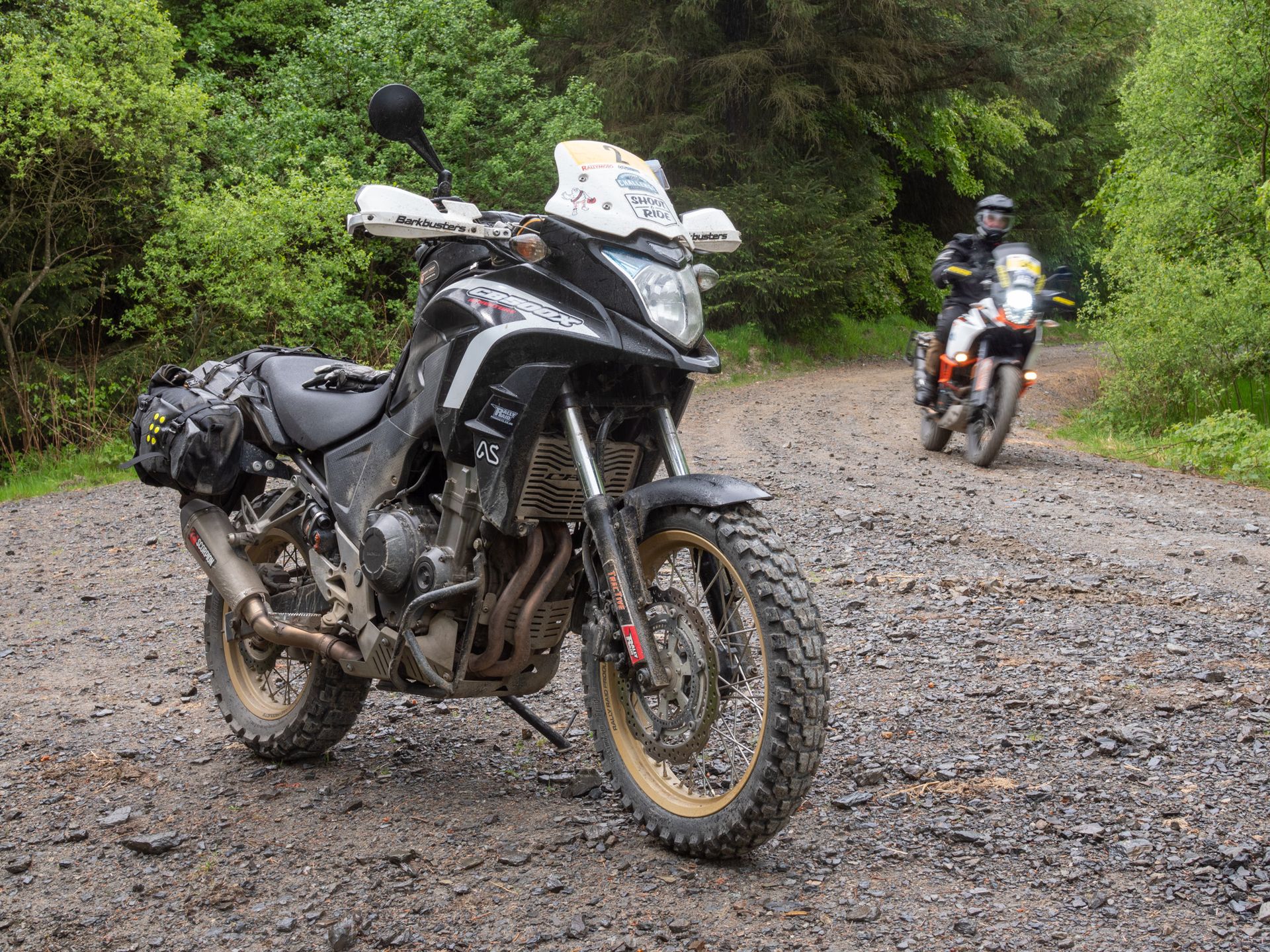 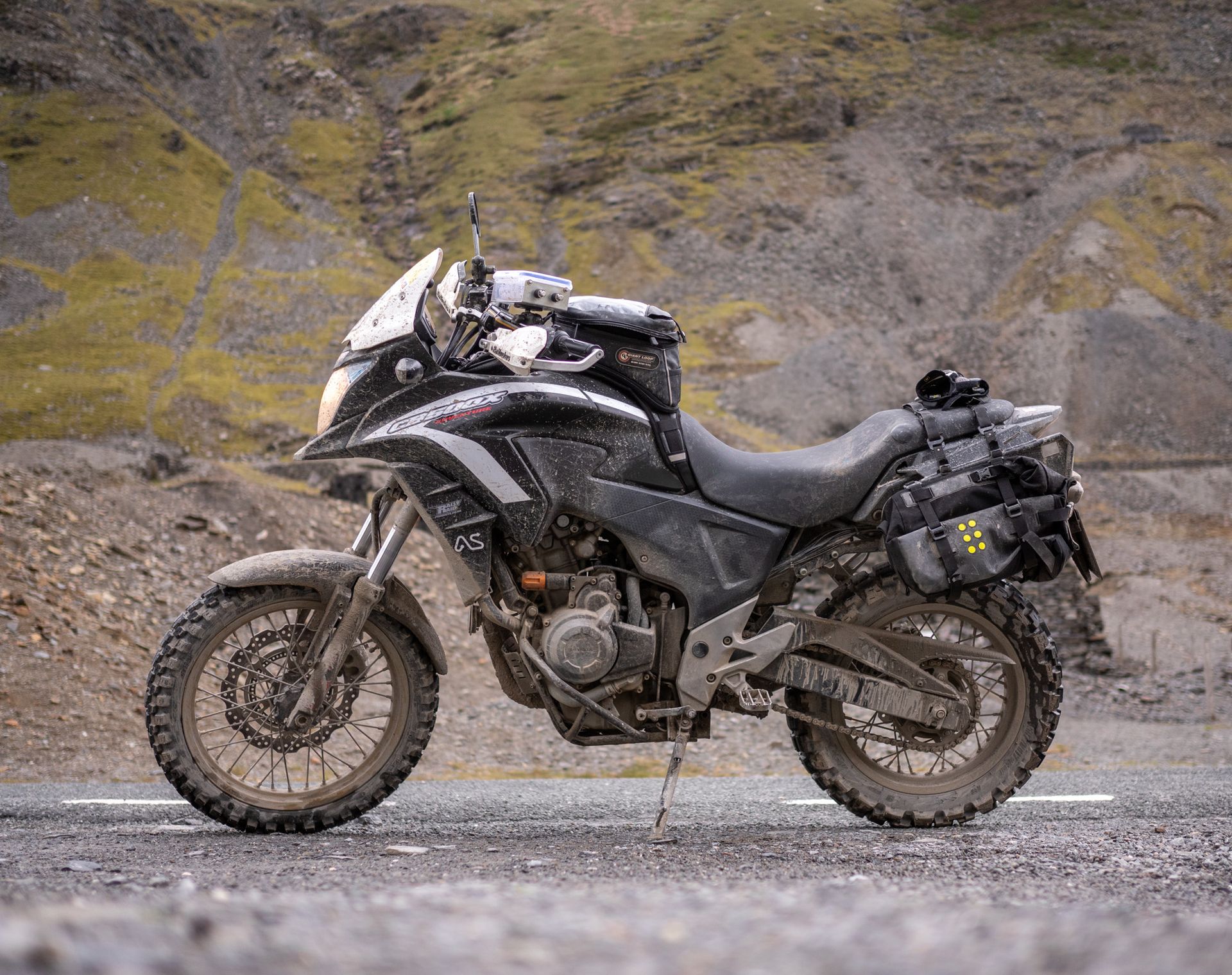 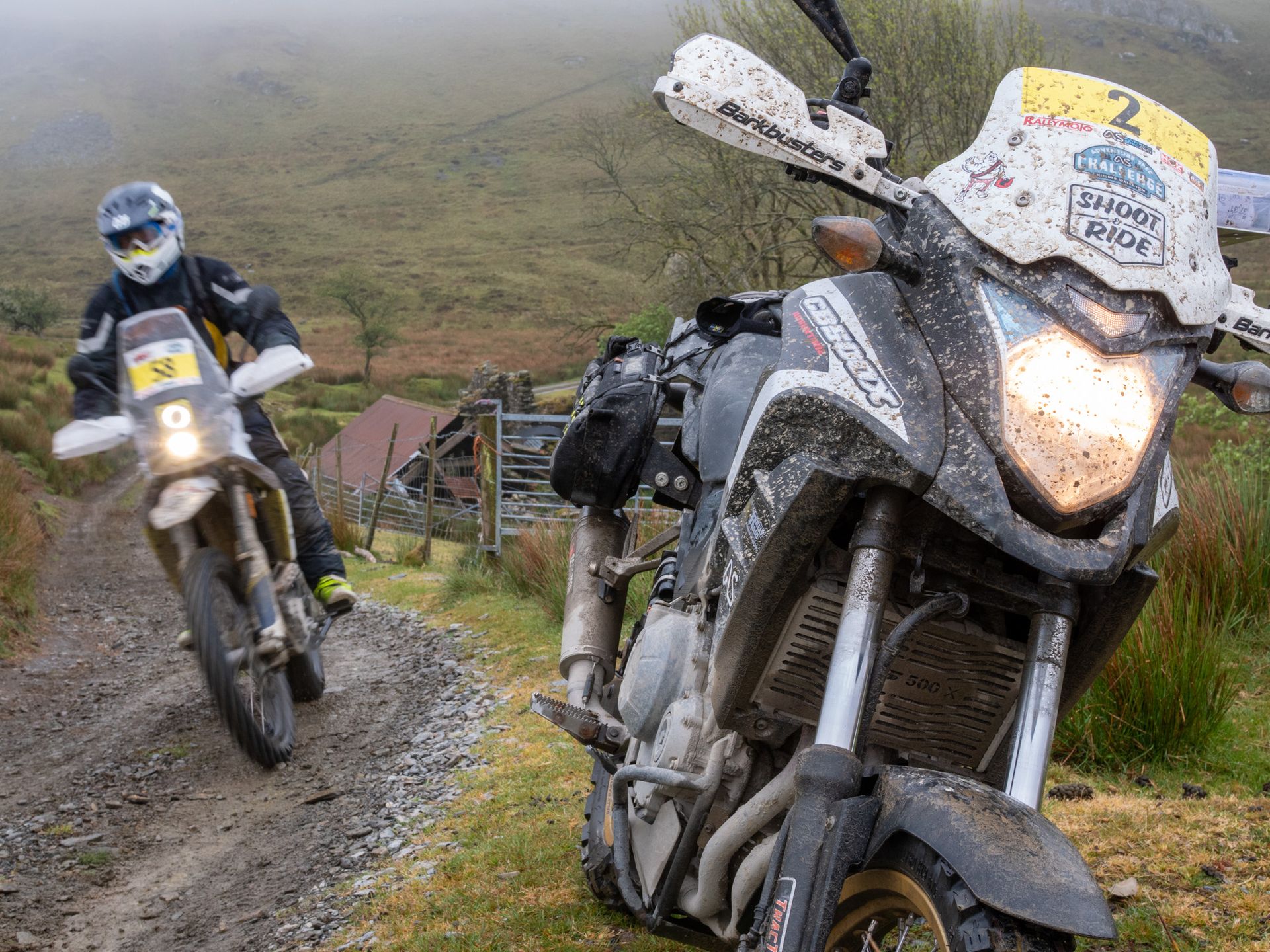 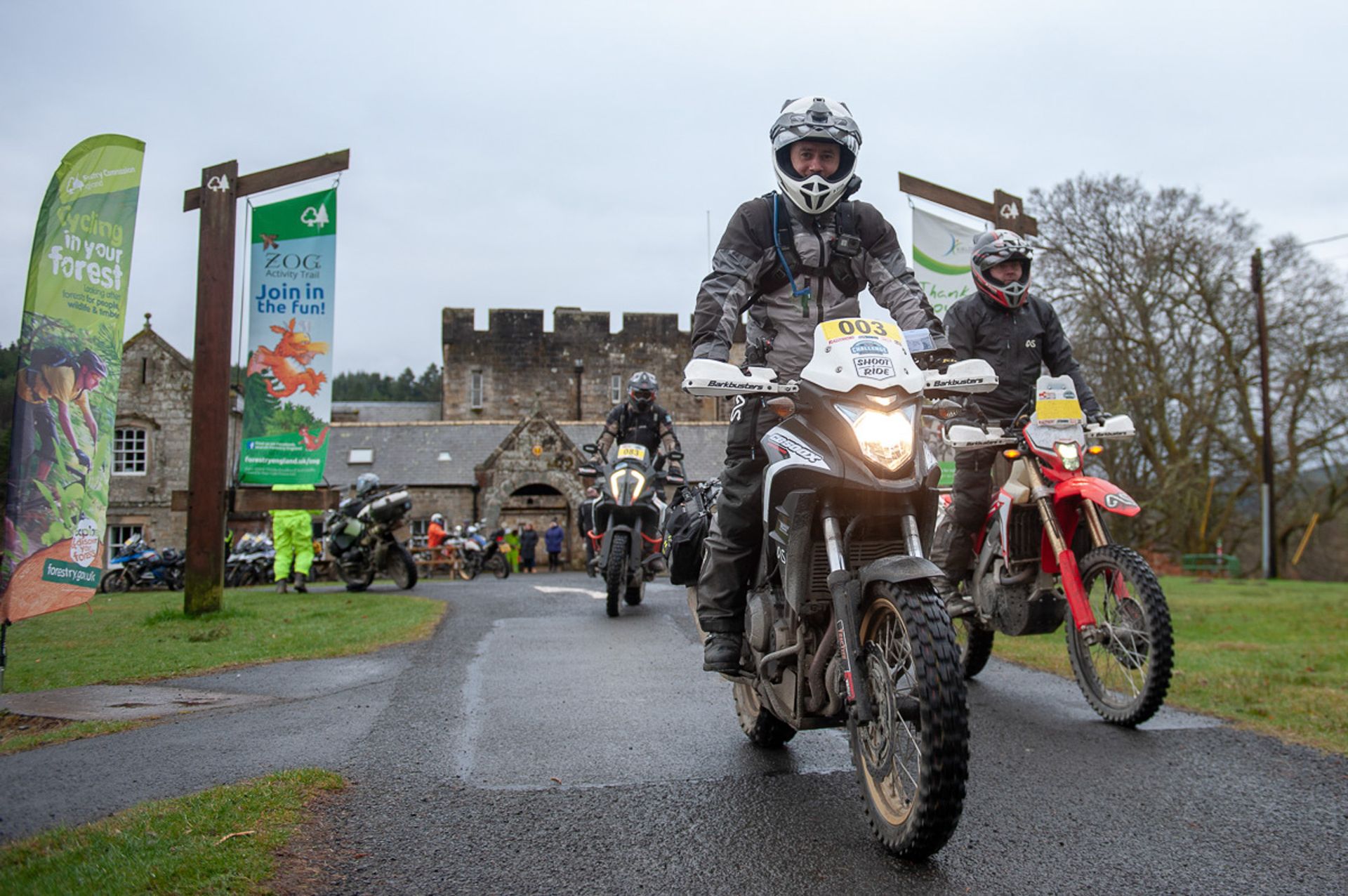 The Honda CB500X is a great fit for the rally, especially with the Rally Raid conversion that makes it even more gravel ready. I like the fact that it's not too heavy (for a mid weight bike) and that I am able to jump on it and ride to Wales, do the Wales 500, and then ride home without any drama. I had the ABS kill switch fitted which was perfect for riding gravel, it meant that I could have more control over my rear brake when I wanted to, and then just flick the ABS on for road sections. There's nothing too technical on the routes so the suspension was spot on (whereas I have ridden stuff on this bike that has been a bit beyond the operating window of the suspension upgrade!).

Watch the CB500X being converted to Rally Raid HERE 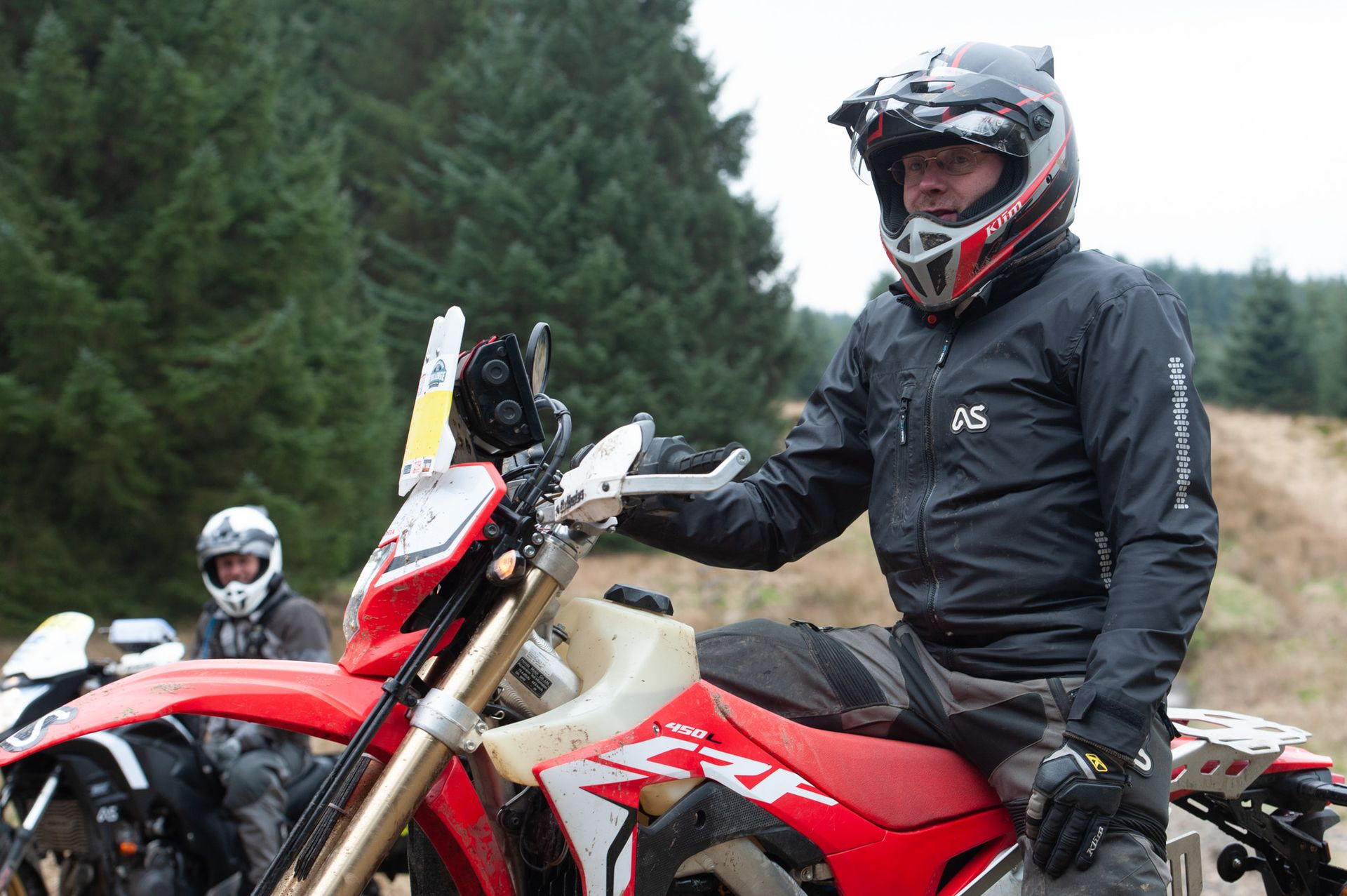 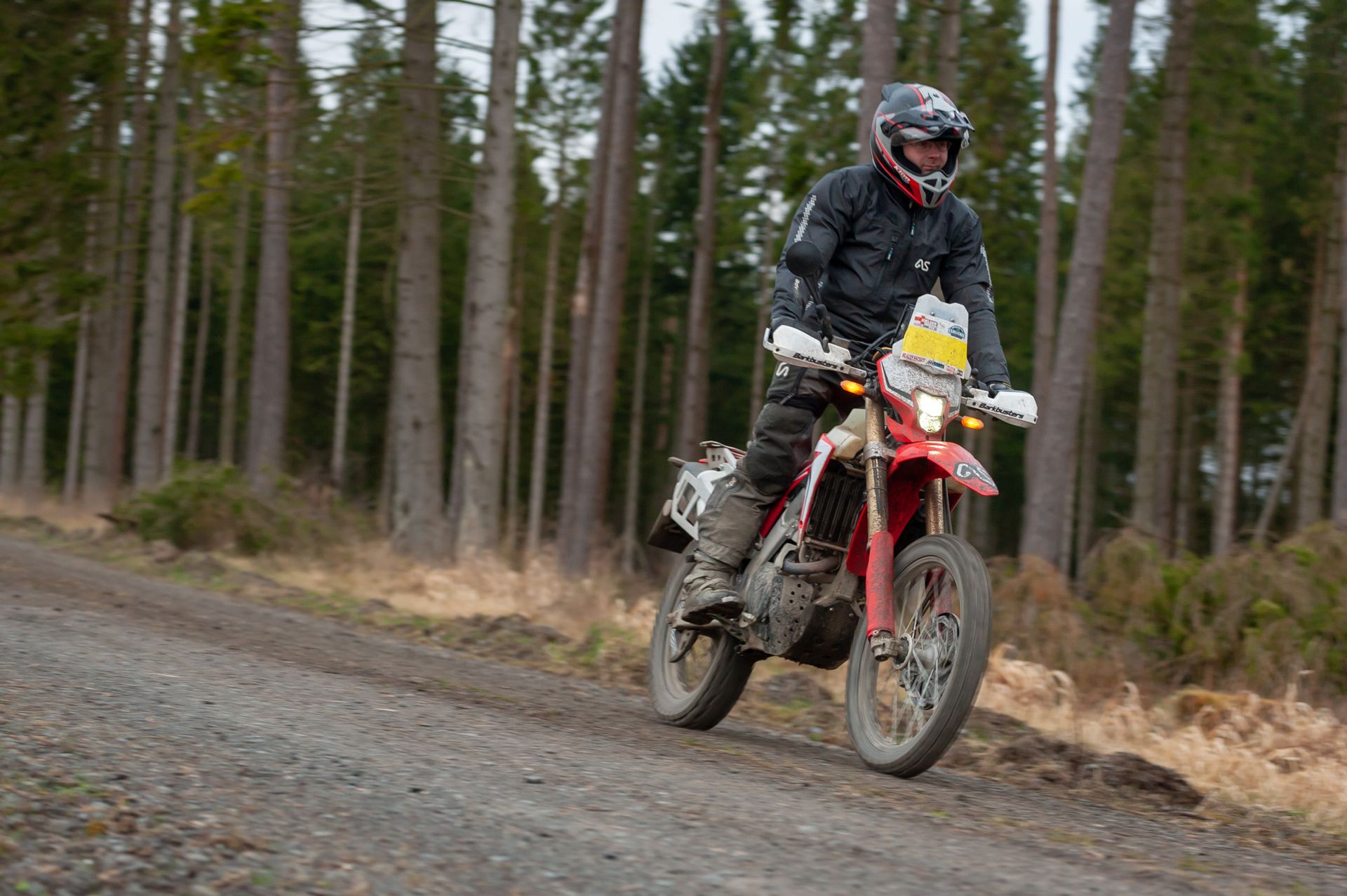 OK, we cheated, this bike is not really supposed to be riding the AS Challenge as it's a bit on the light side. Enduro bikes are not really encouraged from taking part because the routes are just not technical and speed is designed to be kept low. Having said that, Dave LOVES his 450L and is happy to plod along PLUS he sponsors the event so what are you going to do. 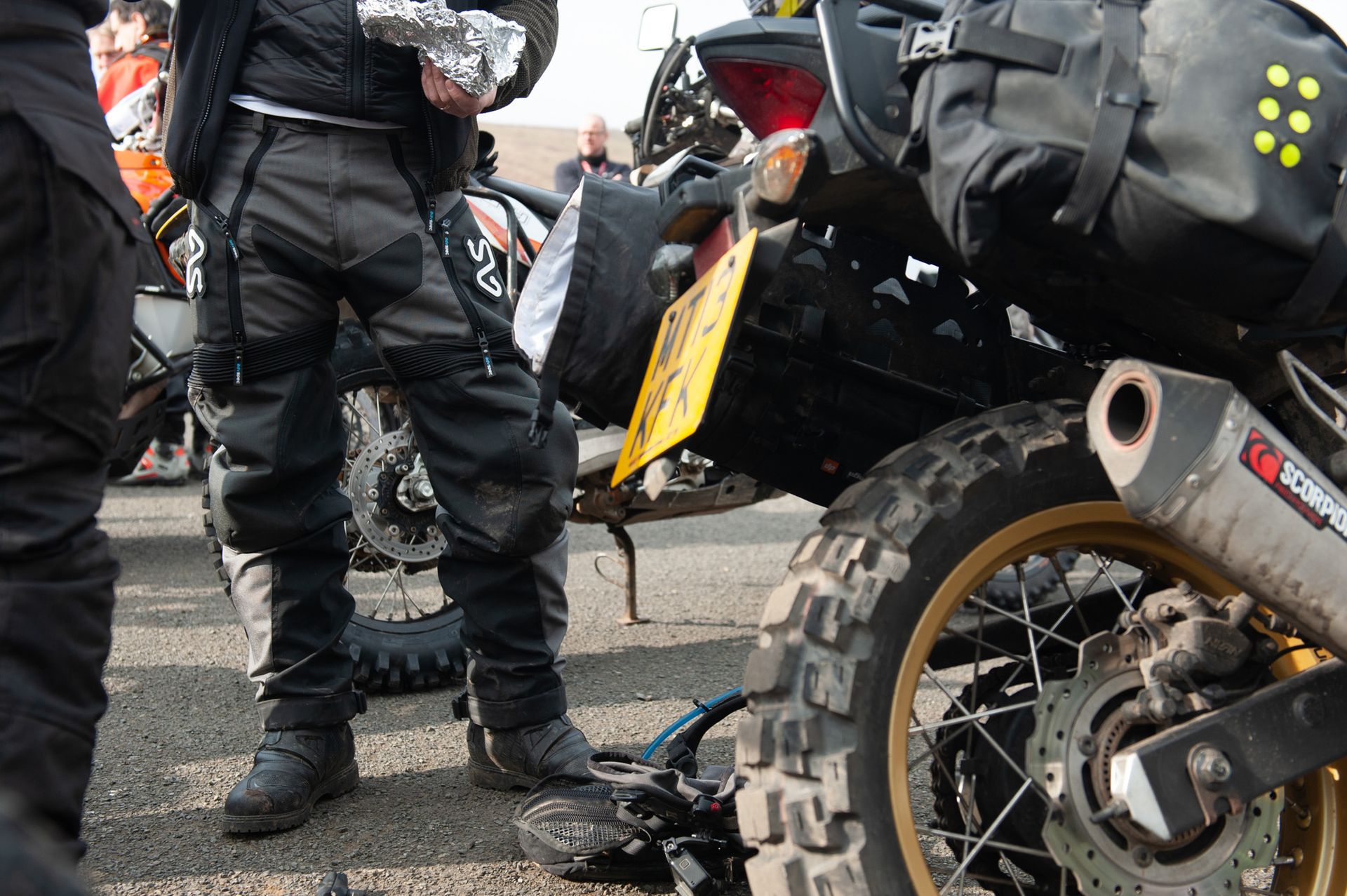 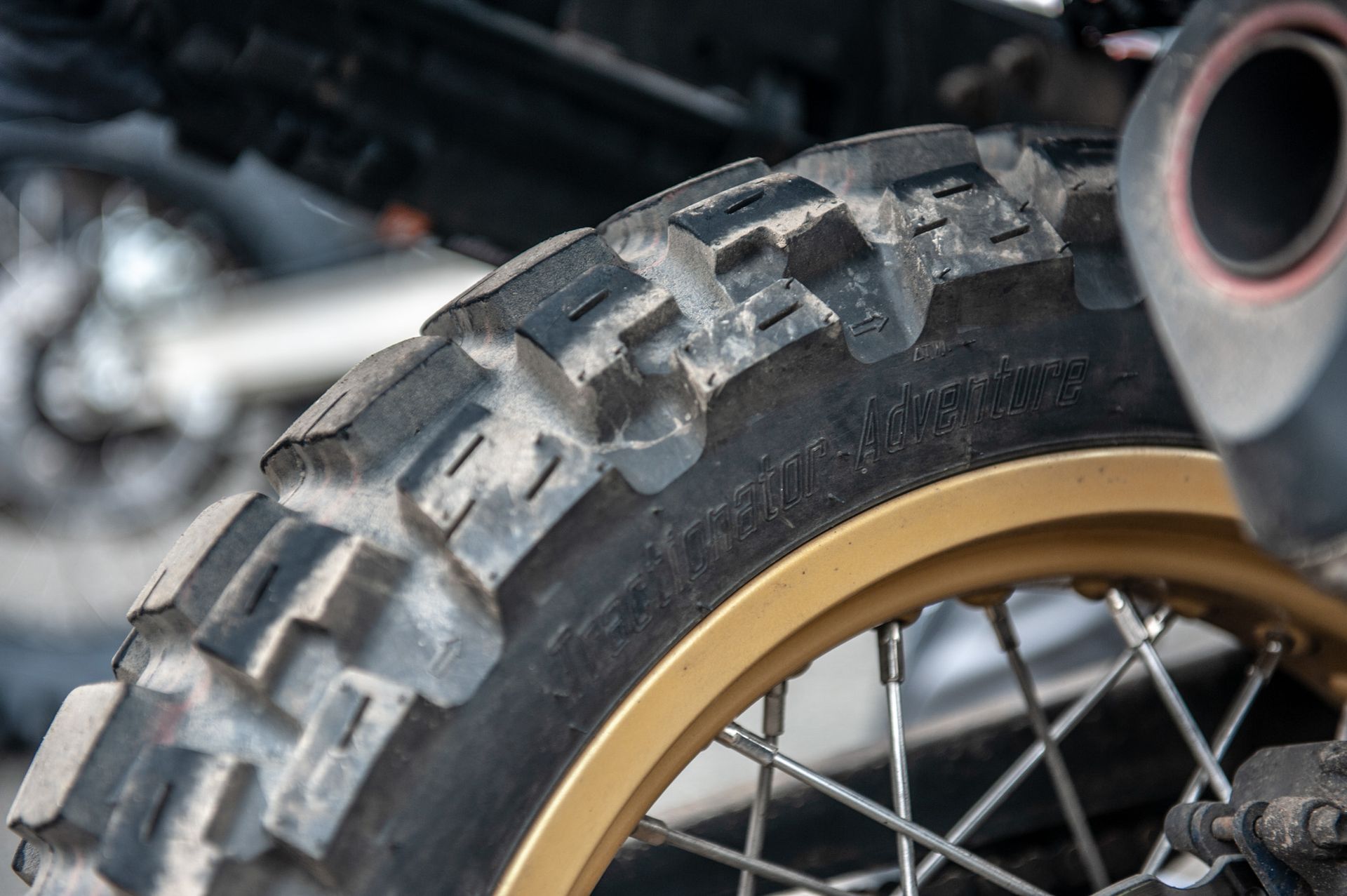 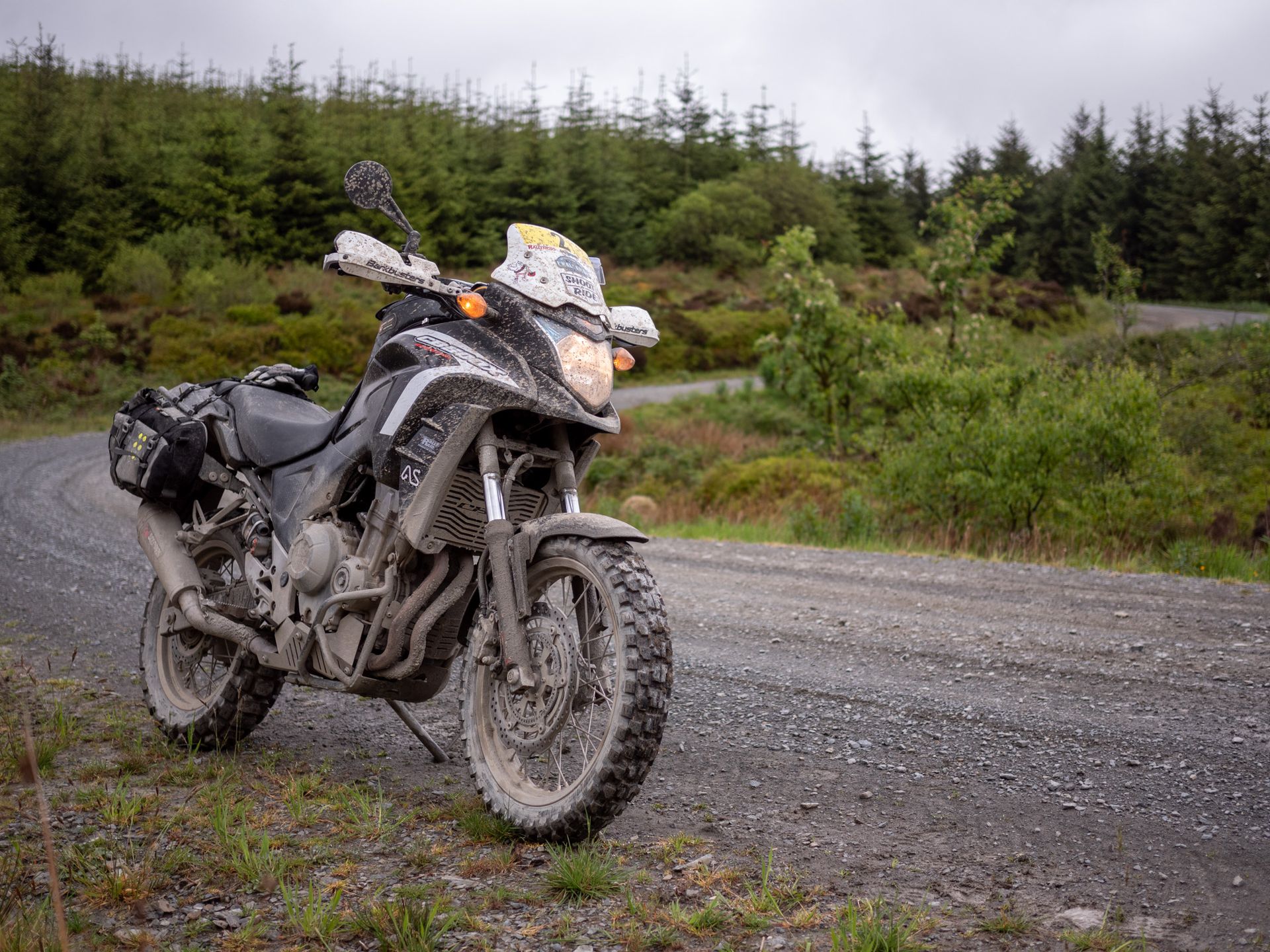 Burt and the RallyMoto team make a point of putting together a route that you can complete on road tyres. However, we find that a bit more grip means you can focus more on the riding and navigating without wondering what's going on underneath you. My CB500X was fitted out with Motoz Tractionator Adventure's which are a great balance between long motorway miles to get to Wales and grip on loose gravel once I got there. For this years rally I will be giving the Moto Tractionator RallZ's a go which will probably wear more on the road but should offer more grip on the trails.

Dave's Honda CRF450L was fitted with Moto Extreme Hybrids which are a great choice for lighter trail bikes. 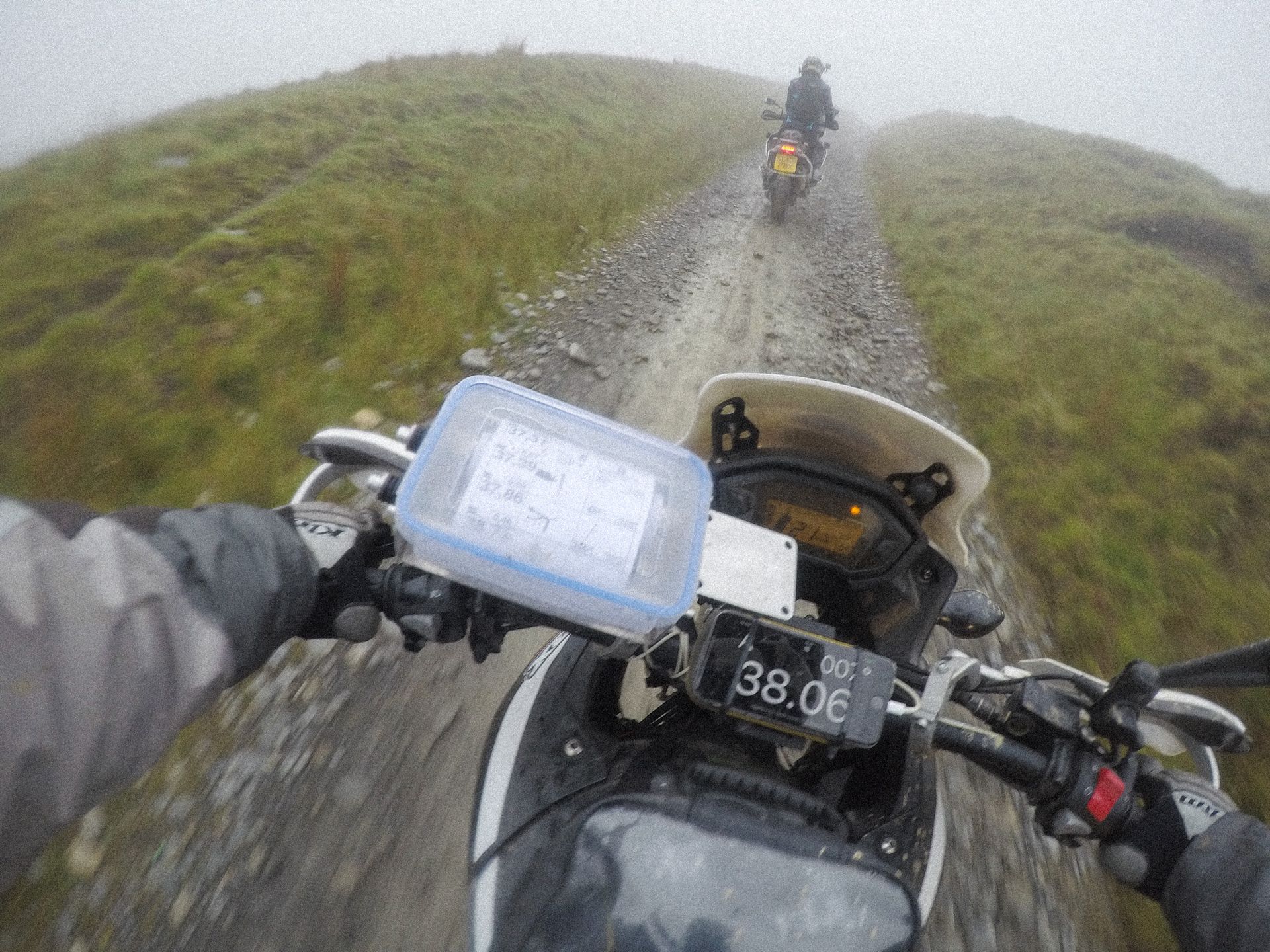 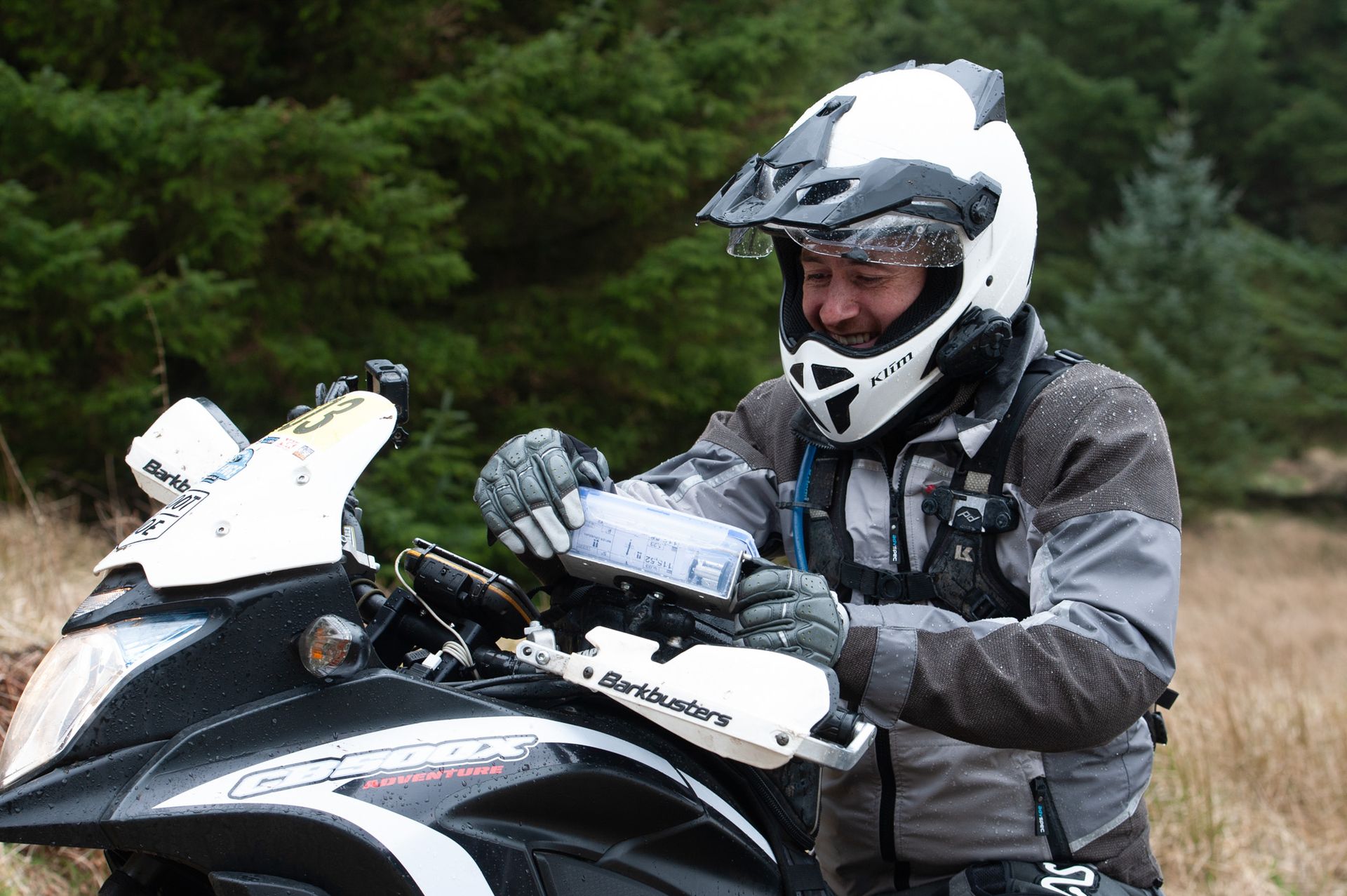 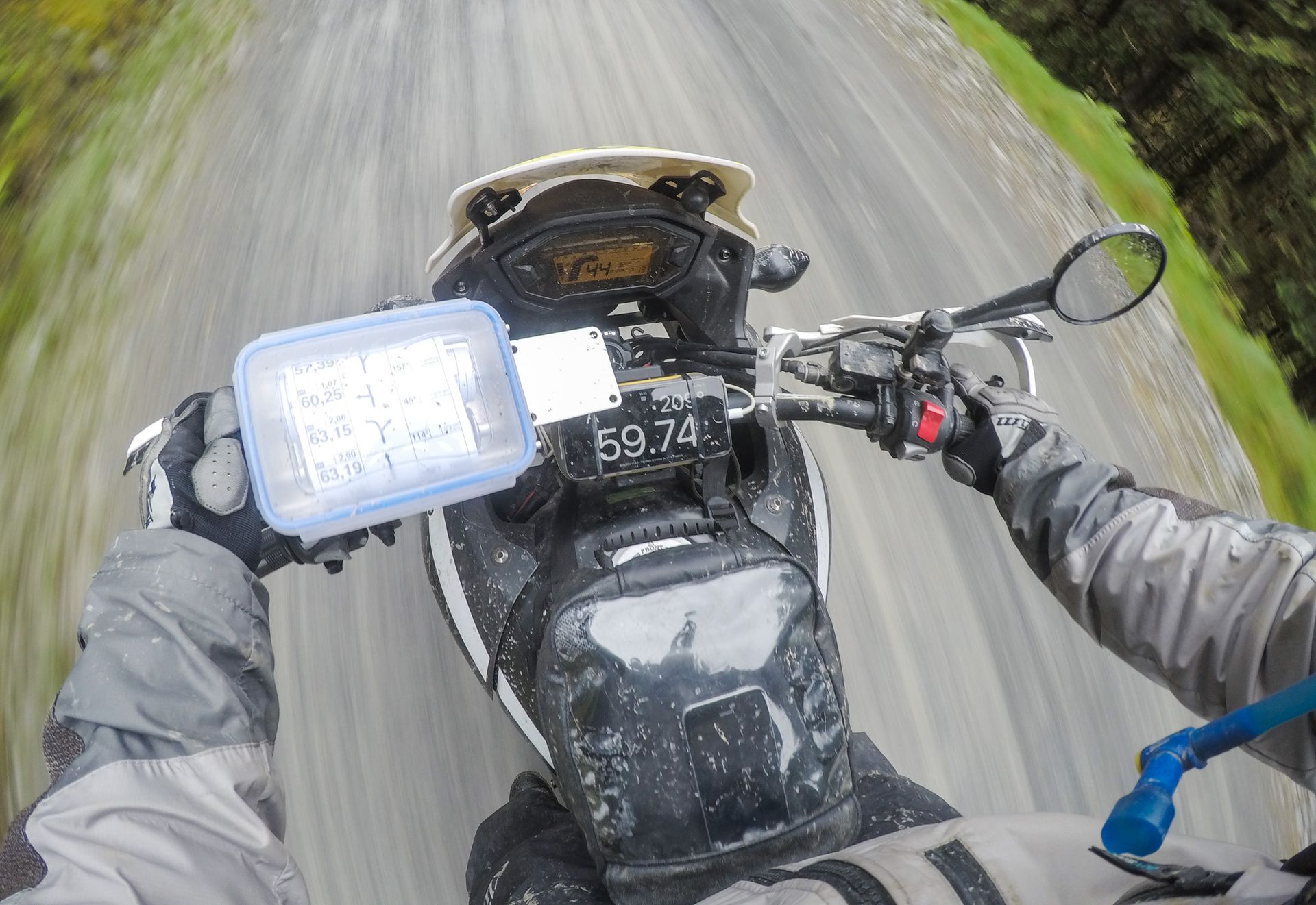 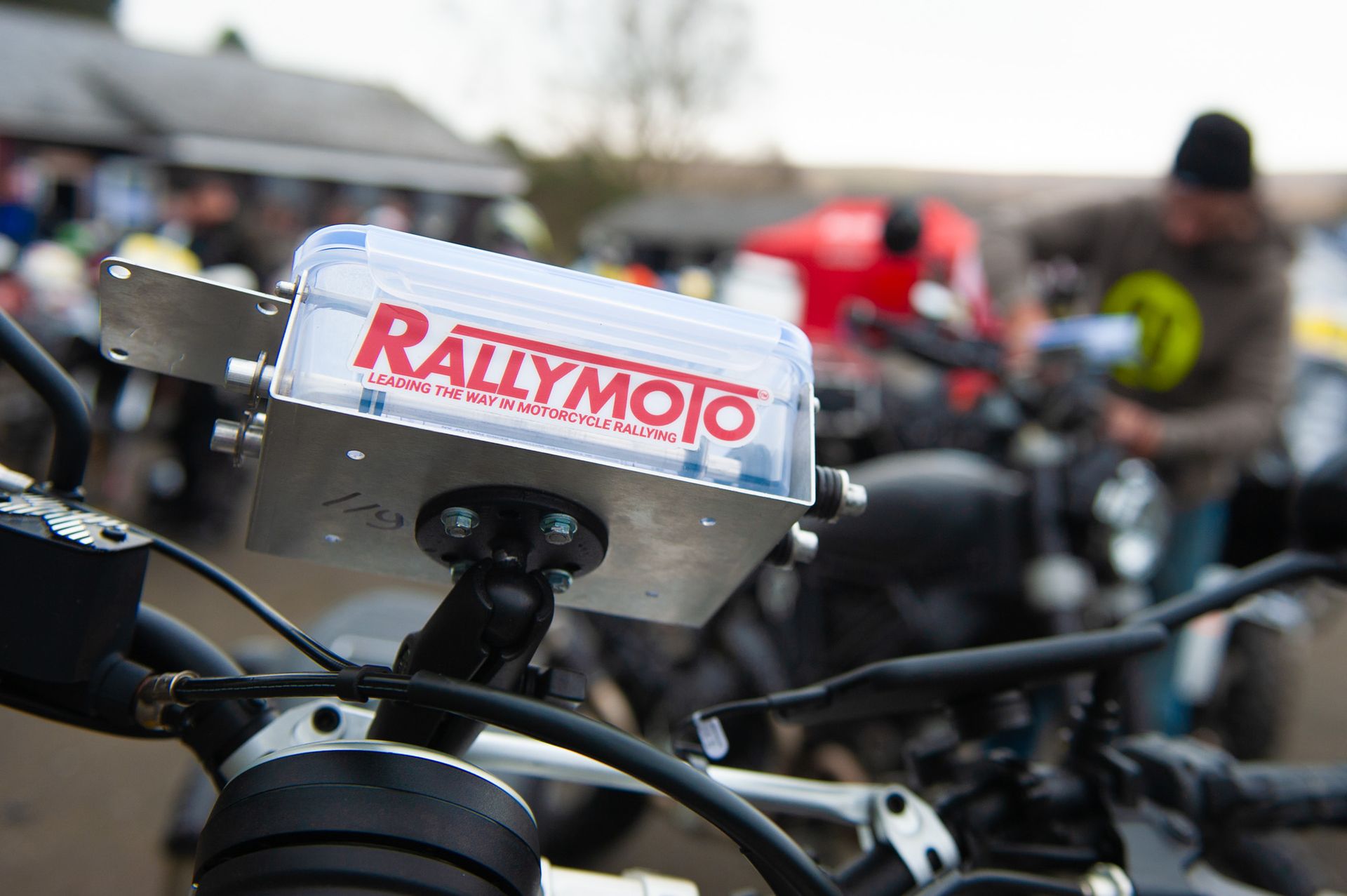 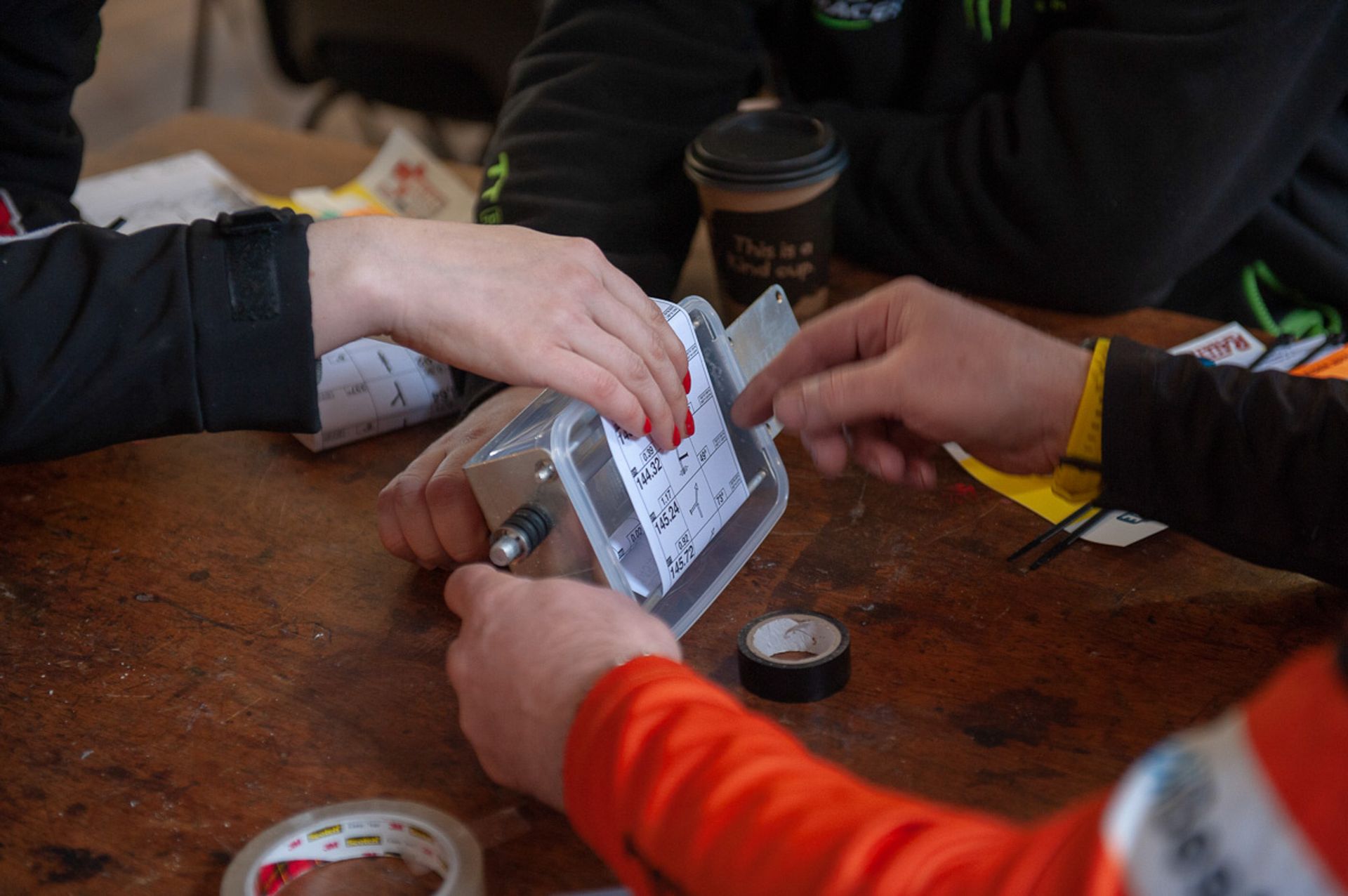 To get round the route you need to be able to use a roadbook. Actually, you might not know how to use one at the start but you will be the end. I'd never navigated with a roadbook before my first Kielder 500, you pick it up pretty quickly. RallyMoto can provide a simple roadbook holder that bolts onto your bike handlebars. It's made out of a Tupperware box and it does the job really well. I placed mine on the left of my bars so I didn't have to move my hand too far. You also need a trip meter - I used my iPhone and RallyBlitz app.

Dave's CRF450L had an Adventure Spec Mini Fairing mounted along with a F2R manual roadbook. The two work really well.

I've since discovered that the AS Universal Mini Fairing can mount onto the bars of the CB500X which is an option for future rally's. This also works well for bikes like the Yamaha T700. 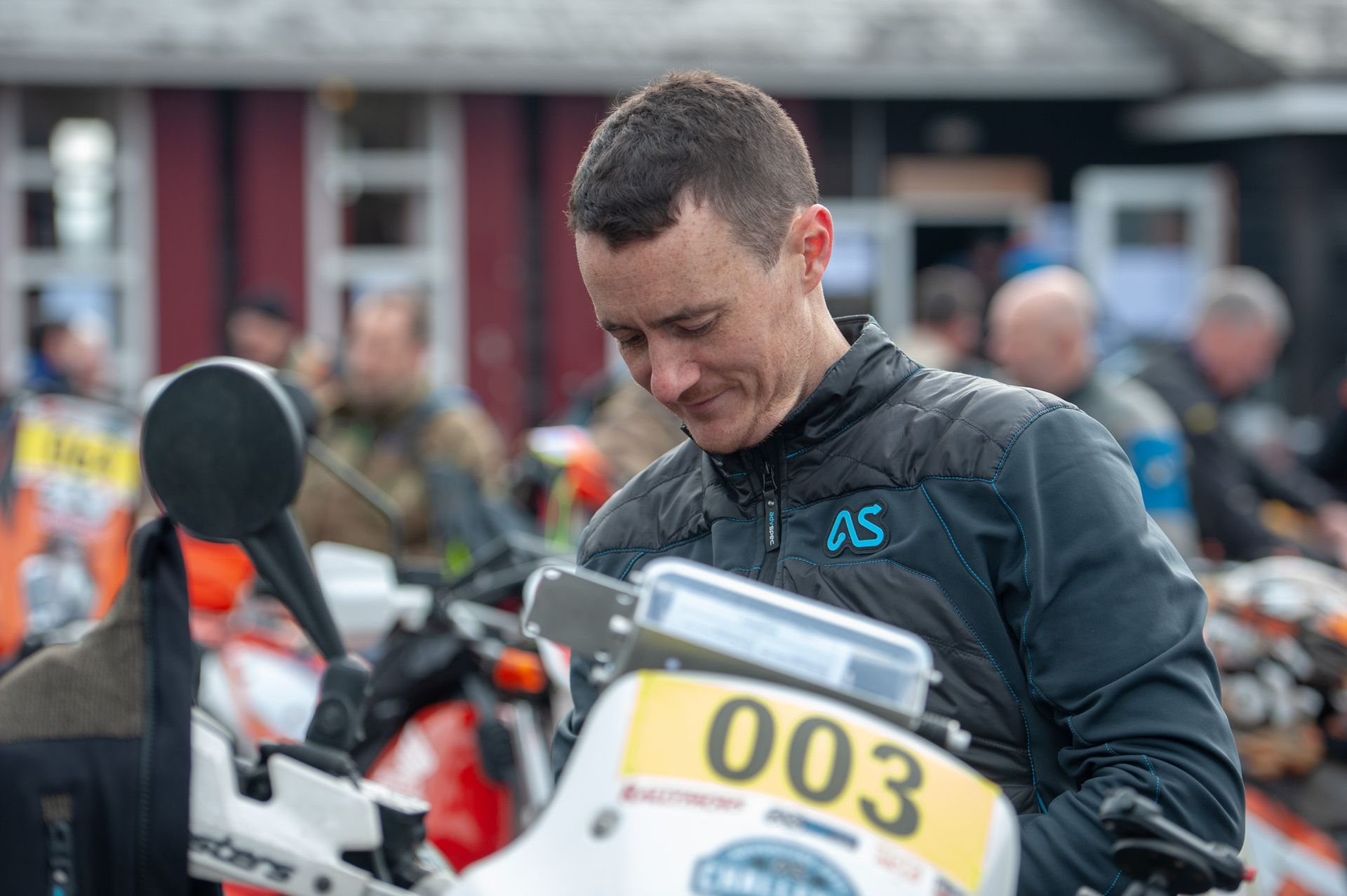 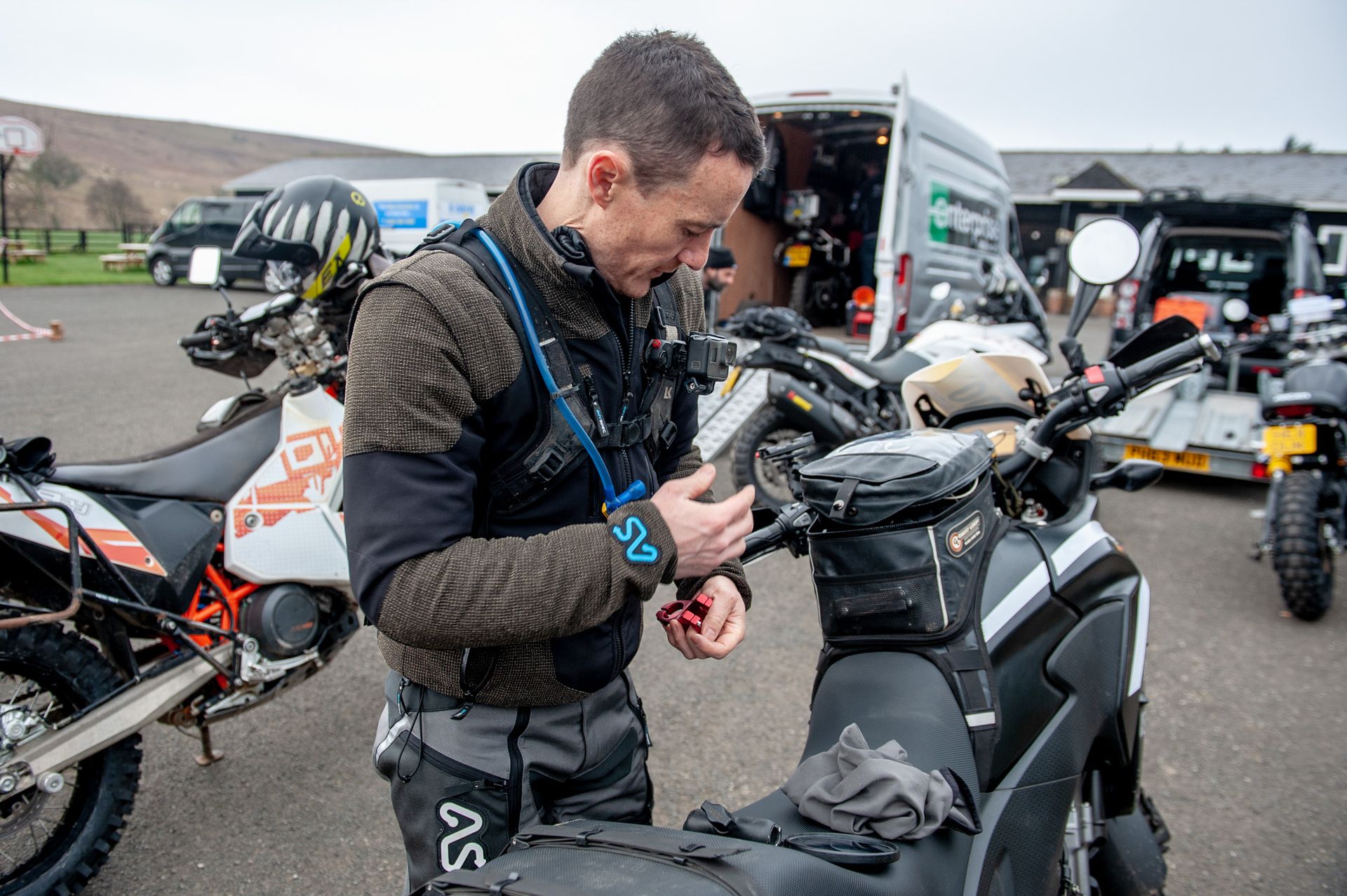 Kielder is in Northumberland, right on the border with Scotland. It's not unusual to experience sun, rain and snow all in a day so you better be prepared! The Adventure Spec layering system copes really well with this kind of event, especially if you ride with a rucksack or small pannier to keep stuff in. I started the Kielder 500 in Core base layers, Mongolia over the boot pants to keep the water splashes out of my boots, the Baltic Hybrid mid layer and the Linesman Jacket with armour inserted. This was a good combo for when the sun was out for most of the day. When the rain came in later (or was it sleet!) I added the Singletrack Jacket as my waterproof layer. Carrying this waterproof layer in a small pack meant that I could stay comfortable when it was dry (not sweating into a waterproof layer if I didn't need to) and just used it when the weather turned.

I should also mention that my Klim Dakar gloves have e-touch technology which makes it so much easier to use my iPhone with.

Thankfully the two Honda's performed flawlessly but I always have a small toolkit on hand should I need it. The Motion Pro Trail Tool is what normally gets used the most, along with a Leatherman. Cable ties and any bike specific tools are also recommended if you are thinking of putting your own kit together. Everyone on the event has a GPS tracker with an SOS button so you know that help can get to you if needed, and the Marshalls do a great job of looking after everyone, but there are sections of the Kielder 500 that are very remote so it is worth being able to get yourself out of a minor mechanical issue if you need to.